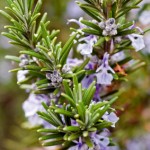 Neuroscience 2013, held November 9-13, 2013 in San Diego, was the site of a presentation by Susan Farr, PhD of Saint Louis University of a benefit for extracts of rosemary and spearmint in an animal model of memory loss. The extracts contain antioxidants which help reduce aging-associated oxidative stress, which is believed to contribute to cognitive impairment that occurs among the aged.

After 90 days of treatment, administration of three behavioral tests revealed that animals that received the highest dose of the rosemary extract containing 60% carnosic acid had the strongest memory and learning enhancement effects.  Benefits were also observed in association with the rosemary extract that contained 10% carnosic acid and with the spearmint extract. A marker of oxidative stress was reduced in the brains of all animals that received rosemary or spearmint in comparison with the control group.

“We found that these proprietary compounds reduce deficits caused by mild cognitive impairment, which can be a precursor to Alzheimer’s disease,” reported Dr Farr. “This probably means eating spearmint and rosemary is good for you. However, our experiments were in an animal model and I don’t know how much–or if any amount–of these herbs people would have to consume for learning and memory to improve.”

“Our research suggests these extracts made from herbs might have beneficial effects on altering the course of age-associated cognitive decline,” she added. “It’s worth additional study.”