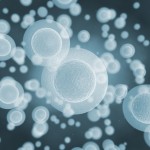 An article published in Cell Reports describes the discovery of a significant extension of lifespan in worms known as C. elegans that were engineered to have two mutations linked to a longer life. The genetically modified worms lived up to five times longer than worms without the mutations.

“In the early years, cancer researchers focused on mutations in single genes, but then it became apparent that different mutations in a class of genes were driving the disease process,” commented lead researcher Pankaj Kapahi, PhD, of the Buck Institute for Research on Aging. “The same thing is likely happening in aging. It’s quite probable that interactions between genes are critical in those fortunate enough to live very long, healthy lives.”

The team combined a mutation in the nutrient signaling pathway known as Target of Rapamycin (TOR) with a mutation in the insulin signaling pathway Daf-2, which have been demonstrated to increase C. elegans’ lifespan by 30% and 100%, respectively. The combination elicited a far greater extension of lifespan than what would have resulted from an additive effect. “Instead, what we have here is a synergistic five-fold increase in lifespan,” Dr Kapahi stated. “The two mutations set off a positive feedback loop in specific tissues that amplified lifespan. Basically these worms lived to the human equivalent of 400 to 500 years.”

“The germline was the key tissue for the synergistic gain in longevity – we think it may be where the interactions between the two mutations are integrated,” added lead author Di Chen, PhD. “The finding has implications for similar synergy between the two pathways in more complex organisms.”