Is This Old Supplement The New Key To Osteoporosis? 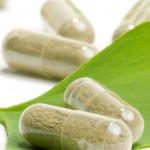 You’ve likely heard about melatonin.  It’s a supplement that’s been around for a few decades now.  It was originally touted as a cure for jet lag and even everyday insomnia. Yet, further research on melatonin revealed that it’s benefits were much more extensive than a sleep aid.  Recently researchers in Toronto have uncovered yet another benefit of melatonin that has special importance to older people and their bones.  Here’s what they found…

Is Melatonin The New Key To Osteoporosis?

As I mentioned above, we’ve known for a few decades now how great melatonin is for helping with sleep disorders.  But melatonin’s benefits didn’t stop there.  It was also found to be a significant health protectant and anti-aging compound.  A few years ago, my colleague Dr. Rosenberg informed you of some of these benefits.  Let me briefly recap them here:

1. Protects vision.  Melatonin is an excellent antioxidant that helps fight the formation of cataracts.  According to the groundbreaking book, The Melatonin Miracle Melatonin, by Walter Pierpaoli, MD, melatonin is also produced in the retina of the eye as well as the pineal gland.  Melatonin protects the retina.  As its levels decrease with age, you can become at higher risk for retinal disease.

3. Fights Cancer.  Melatonin helps decrease the spread of cancerous cells from one body part to another.

6. Immune Booster.  Melatonin is also produced in your digestive tract which is also the “home” of your immune system.  As melatonin decreases with age, your immune system can become less efficient leaving you at risk for disease.

Today, in June 2014, we’ve got another health benefit to add to this list – one of protecting your bones against osteoporosis.  In their study, “Melatonin dietary supplement as an anti-aging therapy for age-related bone loss”. Rejuvenation Research, 2014; McGill and University of Madrid researchers discovered something amazing.

They found that giving melatonin to older lab animals resulted in bones that were denser, less brittle, more flexible and less prone to breakage.  The researchers felt that the same effect could likely translate to humans.  They explained the benefit of melatonin on older bones like this…

Your bones are built through cells called osteoblast.  The formation of osteoblasts occurs more during daytime hours.  Osteoblasts are, essentially, “baby” bone cells that eventually mature into new bone tissue.  At night, however, these baby bone cells are torn down by osteoclasts – cells that destroy bone tissue.  As you get older, you sleep less at night and the bone-destroying osteoclast process becomes more active.

In some instances where chronic insomnia is present, the bone cell break down process can start to outweigh the bone building process.  As a result, bones break down and become weaker at a much faster speed.  Osteoporosis can develop making them more prone to breakage and dysfunction.   One thing that slows down the bone-breaking down process is more sleep.  So, getting deeper, longer sleep at night helps bones remain stronger, longer.

This is where melatonin comes in.  Melatonin promotes deeper, longer, healthier sleep and restoring circadian rhythms – your body’s natural time clock.  The researchers found that by giving the lab animals melatonin, they restored their circadian rhythms.  They slept better, longer and, as a result, they had less bone breakdown.

The researchers explained the significance of this study to humans.  To start with, the lab animals they used were equivalent in age to 60 year-old humans.  The animals were given the melatonin solution for a period of a 6 year equivalency in humans.   At the end of the study, the femurs (the long bone of the thigh) were examined and compared to those animals in the control group who didn’t receive the melatonin.

The bones examined in the melatonin group showed a significant increase in bone density.  It took much more force to break the bones than normally.  This told the researchers that their results could likely be useful in treating and/or preventing osteoporosis in older humans.

At this point, further research is being explored into the use of melatonin in treating osteoporosis.  Researchers want to know if melatonin is preventing or reversing the process of bone breakdown.  Either way, prevention or reversal, it seems to me that the effect of melatonin on bones can be useful to humans right now.

How To Reap The Bone Benefits of Melatonin Now

While the researchers study the exact mechanism of how melatonin works to preserve bone, you can still reap the bone-protective benefits of melatonin.  Generally, after age 40, melatonin levels start to decline.  This is when supplementing with melatonin should begin to insure the most anti-aging, health preserving benefits.  However, don’t fall into the thinking that if a little melatonin is good, more will be better.  Not true.  You simply want to replace what has decreased with age.

Choose a reputable brand synthetic melatonin.  According to Vanderbilt University research, synthetic melatonin formulas are closer to the molecular structure of melatonin and are made from safe, pharmaceutical grade ingredients.  “Natural” melatonin can contain animal substances which can carry viruses and other biological forms.

Here’s a simple chart taken from The Melatonin Miracle to help you determine the right amount of melatonin for you.  Doses should be taken 15-20 minutes before bedtime.

As the millennium continues, I’m sure researchers will uncover more information on natural ways to stay younger, healthier, stronger far into your older years.  Keeping your bones strong and able to resist debilitating fractures is one of the major health concerns of aging. Melatonin is one of those supplements that can help you resist the damage of aging on your bones as well as the rest of you.