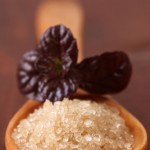 Diabetics have long been known to age faster than healthy individuals.

The mechanism behind the accelerated destruction of cells, tissues, and organs observed in diabetics is called glycation, the dangerous binding of sugars to proteins.1 The resulting sugar-protein complex is known as an advanced glycation end product or AGE.

In the laboratory, glycation’s effect on living tissues was found to be identical to the process by which meat is browned when cooked at high temperatures. Healthy proteins also turn brown in the presence of excess glucose and become functionally impaired.

Scientists have confirmed that this destructive process may also occur in healthy individuals when blood glucose levels are sustained above 85 mg/dL, a commonplace occurrence after a heavy meal is consumed.

The damage inflicted by glycation is irreversible.

Fortunately, a relative of vitamin B1 called benfotiamine protects cells to prevent glycation and the accelerated aging triggered by elevated sugar levels. Used as a prescription drug in Europe, benfotiamine is available in this country as a low-cost supplement.

Chefs prize their ability to brown a piece of meat just perfectly to bring out its flavor and seal in its moisture. But that browning process, chemically known as the Maillard Reaction, involves exactly the same chemical changes that occur in your tissues when they are exposed to excess sugars.

The Maillard browning reaction explains many age-related conditions such as cataracts of the eye, atherosclerosis, kidney disease, neurological deterioration, and stiffening of connective tissues in joints.10,13,14 Scientists have found similar damage from advanced glycation end products in kidney and arterial tissue in both young diabetics and older, non-diabetic subjects.

The generation of advanced glycation end products (AGEs) stiffens proteins in your body just as it does in cooked meat, causing them to lose their natural flexibility. It doesn’t take much to imagine the devastating changes this creates throughout your body. AGEs are potent oxidizers and directly damage tissues wherever they are found. AGEs combine with receptors to trigger massive inflammation, which we now understand to be a root cause of chronic disease and even of aging itself. And, in a highly destructive cycle, both inflammation and oxidative stress accelerate formation of new advanced glycation end products, which further damages tissues.

It is now well-established that the cumulative effect of glycation, along with the products of several other deleterious biochemical reactions, substantially raises risks of most chronic diseases, even if you don’t have diabetes9 (See table below.)

Your body has several natural mechanisms to cope with the chemical toxins produced by excess glucose. These defense systems all require vitamin B1 (thiamine) as a cofactor. When your system is awash with excess glucose, however, your thiamine supplies become depleted. In fact, elevated blood sugar and diabetes have been referred to as states of “relative thiamine deficiency.”

Taking additional thiamine as a supplement doesn’t significantly protect against the glucose-induced tissue damage because thiamine is water-soluble and your body can’t retain thiamine at levels high enough to prevent cumulative damage. A thiamine derivative called benfotiamine, however, is fat-soluble and can significantly increase thiamine levels within tissues and sustain them throughout the day.

Raising cellular thiamine levels with benfotiamine has been found to block the effects of glucose damage to your body’s tissues. Benfotiamine activates a vital enzyme (transketolase) which converts toxic metabolites induced by high glucose levels into harmless byproducts. Benfotiamine also inhibits activation of nuclear factor-kappaB (NF-kB), an underlying cause of deadly inflammatory reactions in the body.

Through its multi-targeted mechanisms, benfotiamine helps mitigate the multiple negative effects of excess glucose on body tissues. Let’s now examine the evidence for benfotiamine’s beneficial effects on several of the most common causes of death and chronic illness in America.

Blood vessels are lined by a thin layer of cells called the endothelium which constantly regulates blood pressure and flow. Damage to the endothelium, which occurs in response to elevated glucose levels, is an important first step in producing heart attacks, heart failure, and stroke.

Studies now show that benfotiamine can prevent endothelial dysfunction and substantially improve blood vessel and heart muscle function, even in the face of glucose-induced tissue damage.

Not all advanced glycation end products (AGEs) are produced internally in the body. Consuming a meal rich in AGEs (such as one abundant in browned meats or caramelized sugars) can increase blood levels of AGEs and impair endothelial function. Supplementation with benfotiamine, 1,050 mg/day for 3 days, completely prevented the changes in endothelial function and blood flow produced by such a meal in a group of human subjects.

All of these endothelium-protecting effects make benfotiamine an essential nutrient in your fight against the devastating effects of elevated blood glucose on your cardiovascular system.

Diabetes is a major cause of blindness in the world. Even in non-diabetics, elevated blood sugar levels increase the rates of cataract and retinal damage. Tissues in the eye are especially vulnerable to glucose-related damage, because of the eye’s high blood flow, constant oxidant exposure, and the high-energy environment produced by steady influx of light. The devastation of high-glucose tissue damage is constantly at work in the retina, the light-sensitive layer of nerve cells that converts optical images into vision.

German scientists showed that benfotiamine treatment could prevent experimentally induced diabetic retinal disease by inhibiting the pathways of glucose-related damage. Subsequent studies by other European groups revealed that benfotiamine reduced the enzymes that produce the dangerous polyol alcohols that contribute to retinal damage, while also increasing activity of enzymes that divert glucose into harmless byproducts.

An exciting study appeared in 2010 showing that benfotiamine supplementation not only prevented tissue accumulation of AGEs in retinal tissue, but also increased their excretion in the urine.

Another ocular result of high glucose damage is an increase in dangerous protein-dissolving enzymes called matrix metalloproteinases, or MMPs. The increase in these enzymes results in substantial damage to retinal tissue. A recent study showed that treatment with benfotiamine reduced harmful metalloproteinase production back to normal levels and increased production of specific proteins that inhibit their activity.

As in all organs, eye tissue suffers inflammatory changes with aging, elevated blood glucose, and occasionally from infections. Inflammation of the eye, or uveitis, causes about 10% of blindness in the United States. In eyes afflicted with uveitis, infiltrates of white blood cells, proteins, and inflammatory cytokines occur within various structures of the eye, imposing oxidative stress and inducing further inflammation. Benfotiamine treatment suppresses those changes and reduces expression of inflammatory marker molecules as well.

Like the eye, the kidney is the site of intense metabolic activity and is rich in tiny blood vessels (capillaries) that make it particularly vulnerable to the damaging effects of glucose and advanced glycation end products. This explains why kidney failure is so common in diabetic patients and is also a known complication of “natural” aging.

Dialysis is a treatment of last resort for patients whose kidneys have failed and who are awaiting a kidney transplant. Hemodialysis, while lifesaving, imposes massive stresses on the body, including rapid depletion of the very thiamine so necessary for preventing further glucose-related damage. Benfotiamine, which is vastly more bioavailable than thiamine, increases blood thiamine levels more than 4 times higher than supplementation with thiamine in dialysis patients.

Peritoneal dialysis is somewhat less stressful to the body than hemodialysis, but it is associated with substantial complications related to damage to the delicate tissues lining the abdominal cavity. Glucose and AGEs are among the top culprits in producing such damage. Treatment with benfotiamine decreases markers of inflammation and abnormal new blood vessel formation in the abdominal cavity during peritoneal dialysis through reduction of AGEs and their receptors. This protects the delicate abdominal lining and prolongs its usefulness as a site for dialysis.

Diabetics age faster than healthy individuals owing in part to the process known as glycation, the pathologic binding of sugars to functional proteins in cells. Even in people with so-called “normal” glucose blood levels, deadly glycation and blood sugar–induced cell damage can occur.

A relative of vitamin B1 called benfotiamine can substantially boost your body’s intracellular levels of thiamine, or vitamin B1, which is an essential co-factor in clearing the dangerous glucose metabolites that cause sugar-related tissue damage. New studies confirm that supplementation with benfotiamine restores healthy thiamine levels and contributes significantly to lowering risk of chronic sugar-related problems such as cardiovascular disease, vision impairment, and kidney damage.

By Kara Michaels at Life Extension