Glucosamine: Not Just For Joints – It Could Extend Your Life 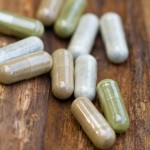 I learned about some pretty exciting research findings the other day. The implications of it may break new ground in both anti-aging medicine as well as diabetes and joint health. Seems that a decades-old joint supplement has been given new life by Swiss-German researchers.

In addition to its already known, and well-accepted, ability to help arthritic joints, new findings show that glucosamine may help diabetes.  But that’s not all. Let me tell you about the even more amazing properties of glucosamine. I know you’ll be as excited as I am.

As unbelievable as that may sound, it’s apparently true. Researchers out of ETH Zurich, Switzerland, as well as 4 German institutions, recently reached that incredible conclusion.

I’m well familiar with the arthritic joint improvement that glucosamine has offered for the last few decades. I have many patients who use it faithfully for that reason. Learning more about its ability to help diabetes is wonderful in itself.  But, glucose improvement, and its ability to delay cancer growth, was already known to be a beneficial “side effect” of glucosamine from studies done 50 years ago.

Learning about glucosamine’s ability to possibly extend life in humans, as it was found to do in lab animals, is nothing short of miraculous.

In a study published in Nature Communications April 2014, the Swiss and German researchers found that they were able to extend the lifespan of elderly lab animals by 10% after feeding them glucosamine.  The age of the lab animals – 100 weeks – is comparable to humans of about 65 years.

Two groups were used – both on an identical diet.  One group received the glucosamine and the other didn’t. The group who got the glucosamine lived 10% longer than those who didn’t get the supplement.  In human time, the 10% life extension translates to about 8 extra years.

The researchers learned that the lifespan extension was a result of glucosamine’s benefit of improving glucose metabolism.  Apparently, taking glucosamine mimics the effects of a low-carb diet. It reduces the amount of sugar that gets metabolized by promoting the breakdown and use of proteins for the body’s fuel instead of sugars. This is exactly what happens when you go on a low-carb diet. Researchers felt that this improved glucose metabolism benefit of glucosamine would also translate to elderly humans. Diabetes and pre-diabetes often occurs in people over 50.

As far as extending life goes, these were also the findings of previous studies done on glucosamine and chondroitin.  A few years earlier, in 2012, researchers suggested that glucosamine use was associated with longevity and decreased mortality.

The European Journal of Epidemiology published a study revealing the association between glucosamine and chondroitin and human mortality.  In that study, the researchers concluded that glucosamine and chondroitin use was linked to a decreased risk of overall mortality.  Why? Well, it was thought that glucosamine’s anti-inflammatory properties helped to reduce the risk of several age-related diseases, one of them cancer.

This study also found that glucosamine use (even without chondroitin) was associated with a significant decrease in death from cancer.  As well, death from respiratory diseases in glucosamine users had also decreased.

Should You Take Glucosamine for its Life Extension Benefit?

I think it’s telling of how confident researchers are in their study findings when they wholeheartedly start taking a supplement themselves or otherwise make lifestyle changes. In the case of the Swiss-German team who worked on this glucosamine study, the lead researcher reported that, yes, he has started taking glucosamine for the benefits they found.

He didn’t indicate how much glucosamine per day that he took, but I recommend a standard dose of glucosamine (with or without chondroitin) of 1500 mg.  Many commercial glucosamine products also include chondroitin at 1250 mg. But, the studies mentioned here used only glucosamine.

Now, keep in mind that the Swiss-German study didn’t mention how long it took to see results –the glucose metabolism improvement and the 10% lifespan extension.  But, I do know that taking glucosamine for joint/arthritis relief can take a few weeks to see any real benefit.

Improvement in your glucose metabolism may occur much sooner, or not at all.  Past research studies have suggested that glucosamine may actually decrease insulin sensitivity and raise blood sugar levels. I can’t really tell you which position is correct. Each team’s results may all depend on how each team ran their study.

As for the life extension properties of glucosamine, I’m for anything that offers some safe, and reasonable, hope of living longer to my patients.  As there are no known, real side effects of taking glucosamine, I’d say the benefits found on this new research study might be worthwhile exploring.