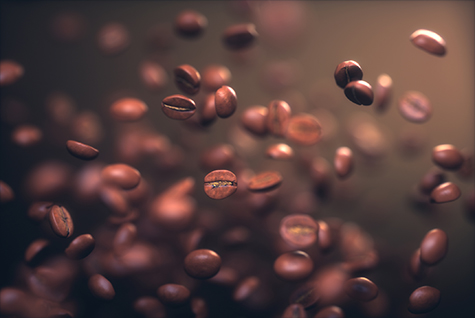 As you grow older, your face is the first area to exhibit the visible effects of ultraviolet (UV) radiation, also known as photoaging, with the manifestation of fine lines, wrinkles, loose and dry skin, and discoloration.

These unsightly changes reflect the deteriorating condition of the components that make up the inner layer of the skin, the dermis. This extracellular matrix is a combination of the fibrous proteins collagen and elastin, along with water-binding glycosaminoglycans. Together, these substances form a strong and resilient framework of connective tissue that gives the skin elasticity, strength, and compressibility—ultimately supporting the appearance of youthful and vibrant skin.

Ultraviolet rays from sunlight wreak havoc on the skin by generating the production of free radicals that break down the vital components of the extracellular matrix. Over time, this contributes to the tell-tale signs of photoaging.

International teams of researchers stretching from Brazil to Japan have discovered that ingredients extracted from coffee beans have been scientifically shown to rejuvenate aging skin. In one study, treated subjects experienced significant improvements in the appearance of wrinkles, firmness, redness, and texture of facial skin.

Americans consume more than 580 million cups of coffee each day as part of their daily ritual. Research is emerging that green, unroasted coffee beans provide numerous skin-related benefits when applied topically. This is especially true of one of the most commonly grown species of the coffee plant, Coffea arabica.

Coffea arabica seed oil is extracted by cold pressing green coffee beans. Its high concentration of essential fatty acids, sterols, and vitamin E make it a potent antioxidant that can offer protection against skin damage such as sunburn cell formation and DNA degradation. It can also assist in the prevention of the development of photoaging and inflammatory skin disorders.

In a placebo-controlled clinical study of 40 female participants, a topical mixture containing Coffea arabica was applied twice daily as a facial wash and once per day as a lotion and night cream. After 12 weeks, treated subjects experienced significant improvements in the appearance of wrinkles,firmness, redness, and texture, compared to the control group.

These impressive results were due to Coffea arabica’s ability to increase production of collagen and elastin and to protect against the loss of moisture.

When Brazilian scientists tested Coffea arabica seed oil on human skin, they found a 1.5-fold increase in elastin production and a nearly 2-fold increase in collagen production compared to the controls. These two proteins are essential for smoothing wrinkles and preserving the firmness and flexibility of facial skin.

In addition, treated skin cells had nearly 7-fold higher expression of aquaglycerolporins-3 (AQP-3) and a 2-fold increase in the amount of glycosaminoglycans.6 These proteins act as a tag-team to halt moisture loss and improve skin hydration. First,glycosaminoglycans behave like a sponge to bind and trap water molecules in a water reservoir, then AQP-3 transports them to the upper layers of the skin where they reduce excessive facial dryness and fine lines.

Robusta coffee is native to western Africa and contains a greater quantity of caffeine andactive constituents than Arabica coffee due to its processing method. These compounds possess strong antioxidant properties that minimize the adverse effects of cumulative UV exposure.

And in another study, scientists tested topical caffeine’s ability to protect against photoaging. For the study, researchers exposed hairless mice to ultraviolet B (UVB) and then applied topical caffeine three times per week for 11 weeks. The results revealed that caffeine administration limited photodamage.

This protection could be related to caffeine’s ability to increase apoptosis (programmed cell death) of UVB damaged keratinocytes, which remove damaged skin cells before they cause photoaging and skin cancer.

Caffeine also effectively targets and diminishes the appearance of crow’s feet. In a study involving 35 women between 30 and 70 years old, a cream containing caffeine was applied to the skin surrounding the eye on one half of the face twice daily while the other half of the face received no treatment. After four weeks, researchers observed a significant improvement in overall skin smoothness and the depth of wrinkles in the skin around the treated area, as measured with a three dimensional optical imaging technique.

Researchers have designed an innovative facial cream that includes ingredients that have been documented to improve the appearance of wrinkles, firmness, redness, and texture.

Coffea arabica seed oil and Coffea robusta seed extract (which contains chlorogenic acid and caffeine) defend against photoaging and support the skin’s structure to restore moisture and hydration for the appearance of brighter and firmer youthful-looking facial skin.