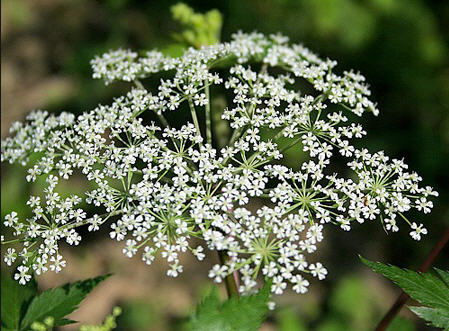 Dong quai is a root known as the “female ginseng.” Ginseng is well-known for its ability to support endurance, memory, sexual function (particularly for men), and heart health.

Dong quai’s use in Chinese medicine has been documented for more than one thousand years, mainly for easing women’s menopausal symptoms, which is why it’s called the “female ginseng.”

But it’s not just for women. It can actually benefit men and women alike with many other aspects of health including mood, bone, joints, lungs, brain, and heart.

Like ginseng, dong quai is used as a tonic, especially by women experiencing health symptoms due to menopause.

Although studies have not yet been able to identify its mechanisms in the treatment of hot flashes and other menopausal complaints, dong quai continues to be used by a large number of women, who nevertheless obtain a benefit.

Research conducted at the University of Illinois concluded that dong quai has potential serotonin-like activity, which could explain its mood-boosting effects.

Dong quai appears to support bone density, which is another reason for postmenopausal women to give it a try. A study involving bone-building cells found an increase in cell proliferation as well as other bone-building factors.

An additional dong quai compound known as calycosin has shown powerful binding affinity with the interleukin-6 receptor, which supports its traditional usage in Chinese medicine for the treatment of arthritis.

A study looking at the effects of dong quai in cells derived from the lungs of 10 patients with chronic bronchitis found an anti-inflammatory effect for an extract of the dong quai.

Dong quai appears to act against cancer as well.

In rat and human brain tumor cells, administration of dong quai resulted in cell cycle arrest and apoptosis. In addition, animals experienced tumor shrinkage and prolonged survival, leading the researchers to conclude that dong quai has potential as an anti-brain tumor agent.

When tested in other cell lines, dong quai has also demonstrated anticancer benefits.8 In cervical cancer cells, an extract from dong quai inhibited cell proliferation and induced apoptosis, both in cell cultures and in implanted cells.

Female Ginseng is a Brain Booster

A study involving 1,404 subjects with acute cerebral infarction (brain damage due to blockage of blood flow to the brain) found improvement in 78.7% of those given dong quaias measured by neuro-function deficit scores.

In vitro, dong quai protected human vascular endothelial cells from the damaging effects of oxidized low-density lipoprotein (the “bad” cholesterol), indicating a potential use in the prevention of cardiovascular disease.

The health benefits of the female ginseng (dong quai) are so numerous that everyone — male or female — should consider giving it a try.