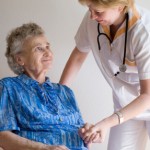 The October 2013 issue of the journal Health Affairs published a study by researchers at the University of Southern California (USC), Harvard University and other institutions which concluded that delaying aging would be a better way to reduce disability than focusing on specific disease therapies.

By employing a microsimulation of the future health and spending of older men and women, Dana Goldman of USC and colleagues compared disease-specific scenarios with a delayed aging scenario. The team, which included notable aging researcher S. Jay Olshansky, determined that delayed aging could add 2.2 years spent primarily in good health to average life expectancy, while addressing separate diseases would result in lesser improvements in health and longevity.

“In the last half-century, major life expectancy gains were driven by finding ways to reduce mortality from fatal diseases,” Dr Goldman stated. “But now disabled life expectancy is rising faster than total life expectancy, leaving the number of years that one can expect to live in good health unchanged or diminished. If we can age more slowly, we can delay the onset and progression of many disabling diseases simultaneously.”

“Even a marginal success in slowing aging is going to have a huge impact on health and quality of life,” added Dr Olshansky, of University of Illinois-Chicago’s the School of Public Health. “This is a fundamentally new approach to public health that would attack the underlying risk factors for all fatal and disabling diseases. We need to begin the research now. We don’t know which mechanisms are going to work to actually delay aging, and there are probably a variety of ways this could be accomplished, but we need to decide now that this is worth pursuing.”