Adobo! A Delicious Dish Heard Round the World 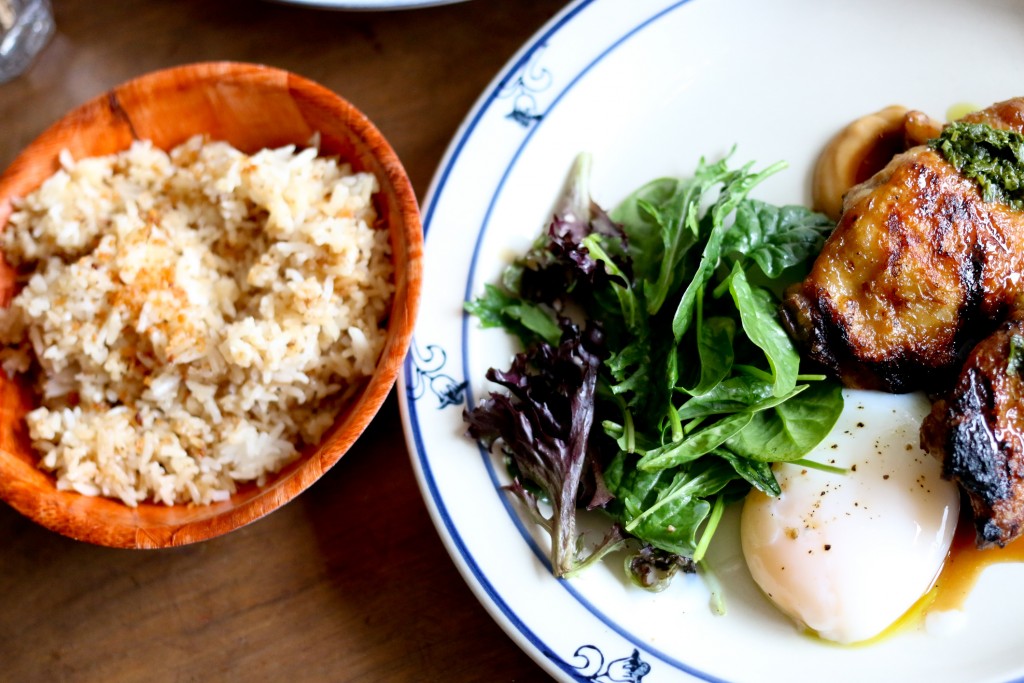 As the song goes, “You say, Adobo and I say, adobo….” Yes, it’s confusing. There’s Spanish adobo (the original adobo from Spain), Mexican adobo, Filipino adobo, and others. How can these dishes, created so many miles apart, have ended up with the same name?

Adobo is a Spanish rub or marinade typically made with paprika, oregano, salt, garlic, and vinegar to flavor meat before cooking. It comes from the word, adovar, which means ‘to marinate.’

Mexican adobo is a fusion of indigenous and colonial influences. In the Mexican version, crushed chilies, spices, and vinegar are used to make a marinade and sauce that is red, thick, and spicy. It’s used as a marinade before meats are grilled, but it is also used to simmer meat to flavorful tenderness. Basic Mexican adobo uses the traditional Spanish spices but indigenous ingredients such as tomatoes and chilies are added.

In the Philippines, adobo is the national dish using meat, seafood or vegetables, marinated in a mixture of vinegar, soy sauce, and garlic. The food is browned in oil and simmered in the marinade. Though it originated in the Philippines, colonialism also had a hand in this version’s name and description. The Philippines are 7,000 islands in a hot, tropical latitude. The Filipinos relied on the acid in the vinegar and high salt content of the soy sauce to deter the growth of bacteria in their food.

When Magellan and his Spanish crew colonized the Philippines in 1521, they observed how the people preserved meat and seafood. They saw it as, ‘adobo’ (marinade with vinegar). Filipino adobo is an indigenous dish that wound up with a Spanish name because it reminded the Spaniards of how they marinated and preserved meat with vinegar and spices. Though the Spanish, Mexican, and Filipino versions vary from one another, the similarity is that each cuisine needed to prevent the growth of bacteria in a hot climate. The rest is culinary history.

So, there are Southeast Asian-style adobos and Latin versions. Both are highly flavored, versatile and easy to prepare. The former is characteristically salty and sour, with a sweet taste. On the other hand, Spanish and Mexican adobos are spicier, infused with chilies and oregano. 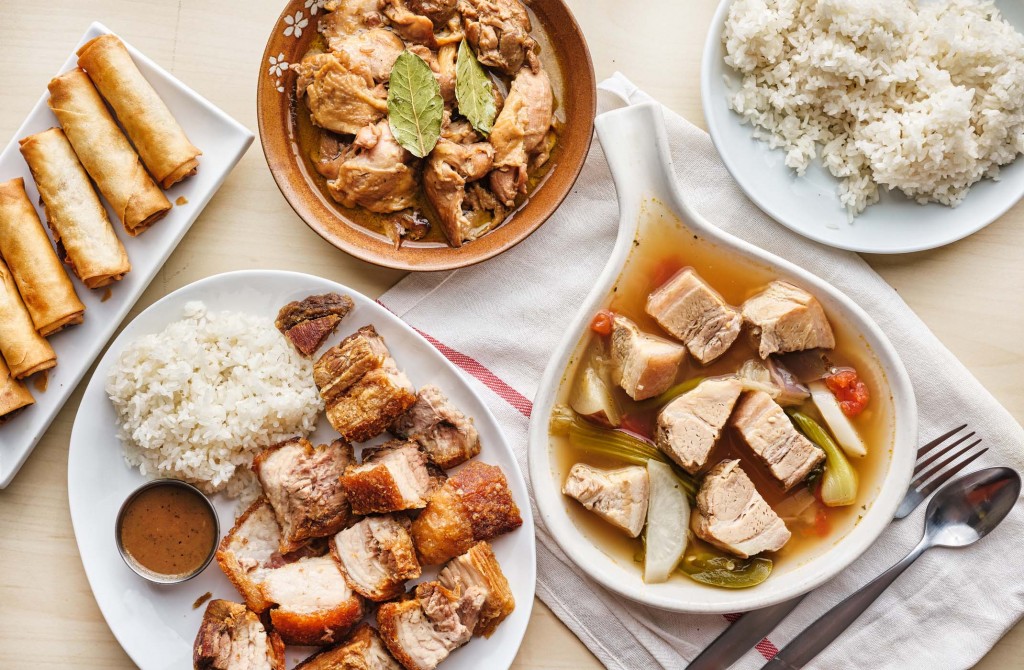 Chicken Adobo Famoso
This classic adobo recipe is a bit more saucy than traditional Filipino adobo. Serve it over rice and add some Asian vegetables such as baby bok choy or snow peas.

Instructions
1. Heat the vegetable oil in a large skillet over medium-high heat.
2. Cook chicken pieces until golden brown on both sides, then remove. Stir in the onion, cook until they soften and brown, about 6 minutes; add in the garlic and cook for another minute.
3. Pour in vinegar, soy sauce, honey and season with black pepper and bay leaves.
4. Add the browned chicken, increase the heat to high, and bring to a boil. Reduce heat to medium-low, cover, and simmer until the chicken is tender and cooked through, about 35-to-40 minutes. Remove the bay leaves.
5. Garnish with the sliced scallions and serve over rice. 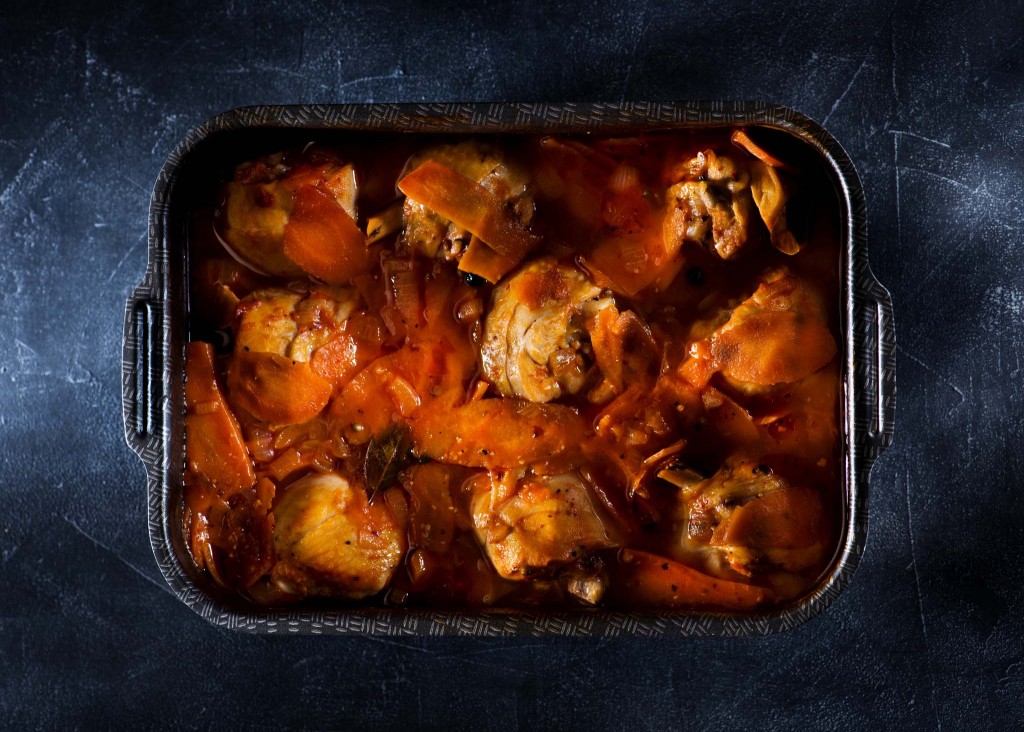 Adobo Chicken Mexico City Style
This flavorful dish is made with traditional dried chilies and seasonings to create a smoky adobo sauce that braises the chicken until it falls off the bone. Use the leftover meat for tacos.

Instructions
1. Heat a large skillet over medium-high heat with 1 Tbs. olive oil. Add the tomatoes, onion, and garlic, stir and cook until the tomatoes and onions start to char.
2. Add the dried chiles and 2 cups of the chicken broth and stir and cook for 10 minutes.
3. Remove the pan from the heat and let it cool for five minutes. Add it all to a blender along with the remaining cup of broth, vinegar, salt, coriander, cumin, cinnamon, thyme, oregano, and cloves. Blend until smooth. Set aside.
4. Heat a large Dutch oven or soup pot over medium heat. Add remaining 1 Tbs. oil. Add the chicken in an even layer and cook for 3-4 minutes on each side, turning often to prevent burning.
5. Once chicken is browned on all sides, add the sauce into the pot with the chicken and add the bay leaves.
6. Stir to combine and let it come to a boil. Then lower the heat to low-medium, cover it with an offset lid, and let it simmer for 45-60 minutes, stirring occasionally as needed.
7. Remove the bay leaves and serve chicken with Mexican rice, warm tortillas and freshly chopped cilantro. 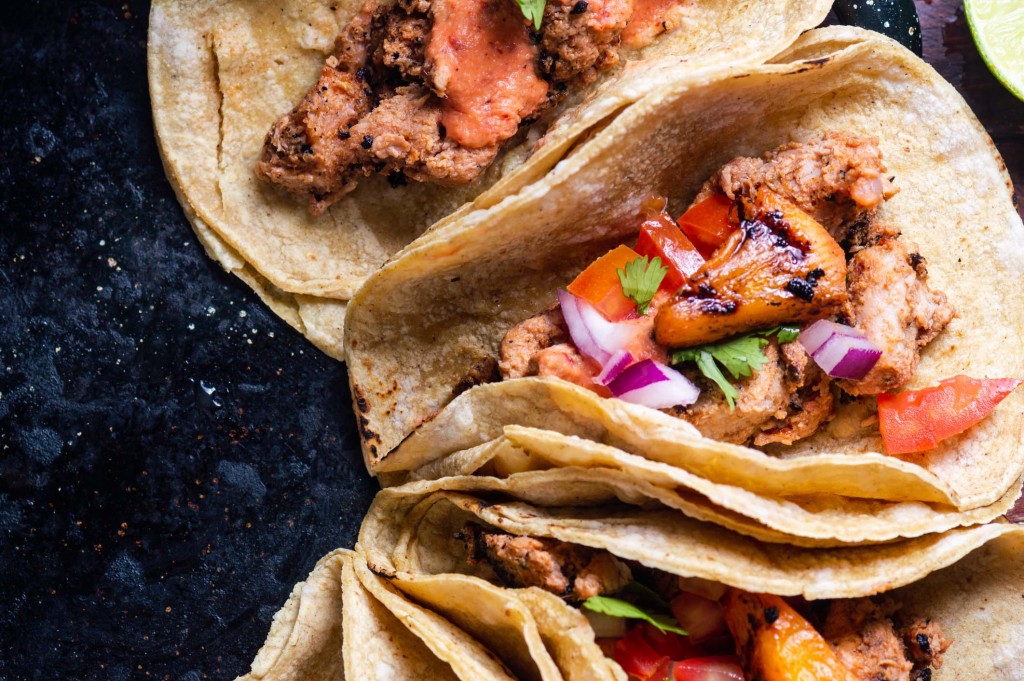 Tacos Manilla
This recipe is a real cross-cultural experience. Filipino-style chicken adobo in a taco.

Instructions
1. For the chicken: Combine the oyster sauce, garlic, sriracha, sesame oil, and black pepper in a large mixing bowl. Add the chicken, toss to coat and massage the mixture into the chicken.
2. Heat a large stockpot over high heat and add some avocado or vegetable oil. Add the chicken mixture to the pot and sauté until brown, about 5-8 minutes. Add the vinegar, soy, and stir, then bring to a boil. Reduce the heat to medium/low and place the lid on the pot. Cook and simmer for 35 minutes, then reduce the heat. Remove the chicken and let it rest for 5 minutes, then pull to make tacos (or serve over rice). Reserve 1/4 cup of the adobo sauce for the bok choy.
3. For the tacos: Heat the vegetable oil in a large skillet over medium heat. Sauté the bok choy until slightly wilted, about 1 minute. Add the 1/4 cup reserved adobo sauce and coat the bok choy.
4. Place some of the pulled chicken onto a warm tortilla and top with some bok choy. Repeat with the remaining tortillas and filling. 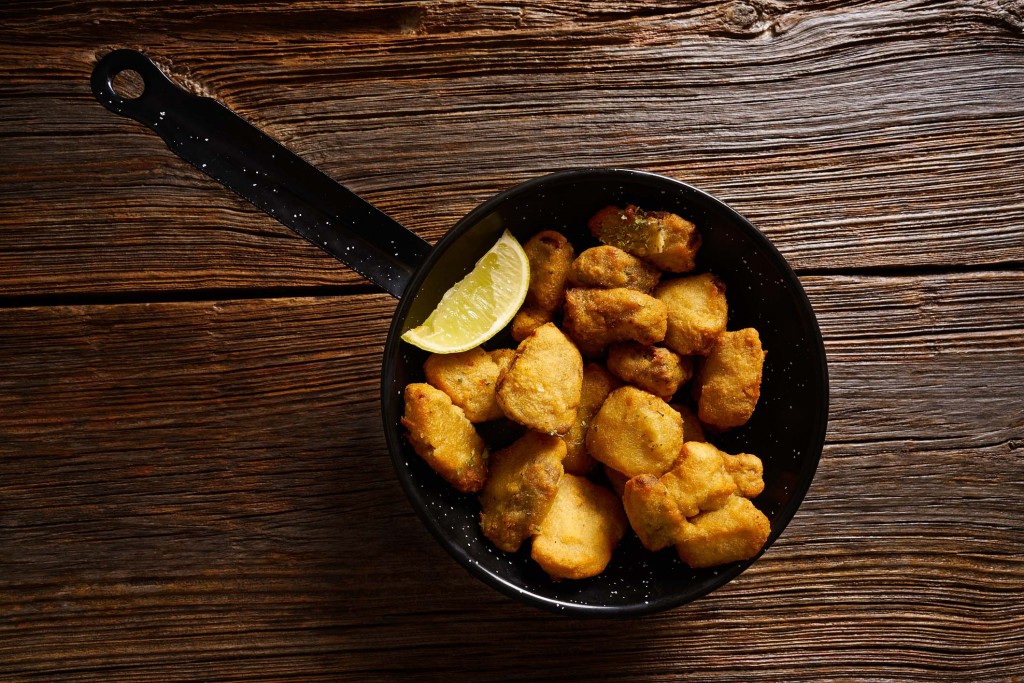 Fried Fish Adobo
Tapas are Spanish small plates enjoyed with beer or cocktails. These little bites of fried swordfish are addictive. You can use any firm fish, like cod or halibut.

Instructions
1. On a cutting board, smash the garlic with a pinch of salt and use the flat side of a chef’s knife to create a smooth paste.
2. Transfer to a large bowl and stir in the ¼ cup of olive oil, the vinegar, paprika, cumin, coriander, bay leaves, ½ tsp. of salt, and 2 Tbs. of water. Add the fish and toss to coat. Refrigerate covered for at least 4 hours.
3. In a large cast-iron skillet, heat 1 inch of olive oil to 350 degrees.
4. Spread the flour in a shallow bowl. Remove the fish from the marinade and coat it in the flour, using your fingers to press the flour into the fish.
5. Working in batches, fry the fish, turning a few times, until golden brown and cooked through, about 5 minutes per batch. Transfer the fish to a paper towel–lined baking sheet and season with coarse salt. Transfer to a warm platter and serve immediately.