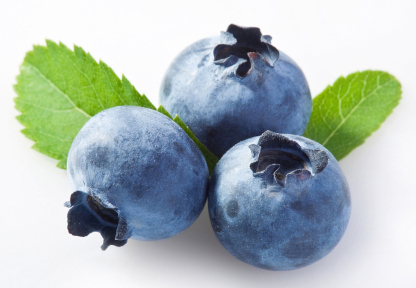 An article published online in the Journal of Nutrition describes the 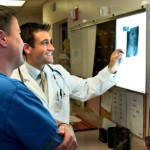 The Journal of Nutrition reports a reduction in the risk of dying from coronary heart disease (CHD) among men and women who consumed high fiber diets.* Researchers evaluated data from 58,730 participants

At Kalispell Regional Medical Center’s recent Heart Health Fair, Dr. Thomas Amidon drew looks of surprise when he said heart disease kills more women than men and that more women die from heart disease than all forms of cancer. He admitted to a bias toward women’s health as a man living in a home full of females. “I’ve got a wife, three daughters, three mares and two female dogs,” he said. Amidon said he speaks about women because the medical field has considered heart disease a man’s disease for centuries. The general public still labors under that misconception. Surveys as […]

I frequently discuss the latest vitamin research with my patients to ensure that they are getting the maximum daily allowance.

Do You Know The Healthiest Foods For Your Heart?

Like many of my patients you may want to do your best for the health of your heart (and the rest of you) and yet may be confused about which foods are the best.

Got Heartburn? Don’t Ignore It

WALNUT CREEK, Calif. – James Revier, of San Jose, Calif., had no idea his heartburn was anything more than a nuisance until six years ago, when a piece of beef became logged in his esophagus and sent him to the emergency room. The on-call internist removed the meat and suggested Revier see a gastroenterologist for the lingering redness. It’s a good thing he did. Revier had developed Barrett’s esophagus, a condition caused by prolonged acid reflux. Over time, it produces cellular changes which can lead to adenocarcinoma, a type of esophageal cancer. “I’d had acid reflux for 15 years but […]

Heartburn Versus Acid Reflux- Which Do You Have?

When my patients come in complaining of getting burning chest pain after eating spicy food, or burping up

John M. Kennedy, M.D., is on a mission to reduce cardiac conditions without invasive surgery or a daily regime of prescription drugs. As the leading cardiologist on the stress-heart disease connection, Dr. Kennedy’s first book divulges simple techniques to prevent and reverse the four major kinds of heart disease in just 15 minutes a day.

Did you know that your risk of suffering from cardiovascular death is the greatest in the two-hour time period after you eat a meal? That’s partly because during that time, you can experience dangerous blood sugar spikes that acutely impair blood flow through vital arteries, ultimately leading to a heart attack or stroke.

Dr. William Davis in his book, Wheat Belly, claims that wheat products in the American diet parallel the expansion of our waistlines. This is because wheat today is not the same wheat eaten by ancient people, or even people just a few decades ago. Wheat today is hybridized and crossbred to make the wheat plant resistant to environmental conditions, such as drought, or pathogens, such as fungi. But most of all, genetic changes have been induced to increase yield per acre. Such enormous strides in yield have required drastic changes in the wheat’s genetic code. Such fundamental genetic changes have also come at a […]