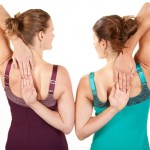 An article published online ahead of print on June 25, 2012 in the Journal of Women’s Health reports the finding of researchers at the Kaiser Permanente Center for Health Research in Portland, Oregon of increased weight gain in women with vitamin D insufficiency.

The study included 4,659 women aged 65 and older enrolled in the Study of Osteoporotic Fractures, a prospective, multicenter study. Serum 25-hydroxy vitamin D levels were assessed upon enrollment and in a subset of participants at follow-up. Seventy-eight percent of the subjects were found to have insufficient levels of the vitamin at 30 nanograms per milliliter or lower.

Over the 4.5 year study period, 27 percent of the participants lost over 5 percent of their body weight and 12 percent gained over 5 percent. Endocrinologist Erin LeBlanc, MD and her associates found that among women who gained weight, those whose 25-hydroxy vitamin D levels were insufficient upon enrollment gained an average of 18.5 pounds over 4.5 years compared to 16.4 pounds of weight gain among women whose levels were higher. “This is one of the first studies to show that women with low levels of vitamin D gain more weight, and although it was only two pounds, over time that can add up,” announced Dr LeBlanc. “Nearly 80 percent of women in our study had insufficient levels of vitamin D. A primary source of this important vitamin is sunlight, and as modern societies move indoors, continuous vitamin D insufficiency may be contributing to chronic weight gain.”

“Our study only shows an association between insufficient levels of vitamin D and weight gain, we would need to do more studies before recommending the supplements to keep people from gaining weight,” she added.