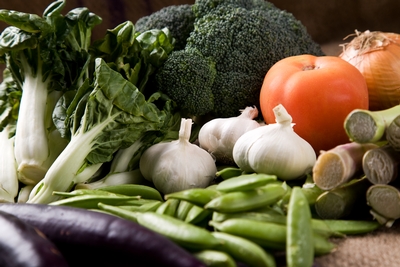 Recently, the Filipino-American Chamber of Commerce for Orange County (CA) held its 4th annual Green & Health Expo at the Crowne Plaza Anaheim Resort. Grace O was there signing copies of her cookbook, FoodTrients: Age Defying Recipes for a Sustainable Life. She was also presented with an Emerald Award from the Chamber of Commerce for her contributions to her community, as was U.S. Representative Ed Royce from the 40th Congressional District.

The keynote speaker for the event was Dr. Nick Delgado. Dr. Delgado graduated from the University of Southern California, with studies at Rancho Los Amigo Hospital, USC, Loma Linda University, California State Long Beach and Cal State Los Angeles. He continued research in interventional endocrinology, hematology and physiology. He served as Director of the Pritikin Better Health Program of the Nathan Pritikin Longevity Center. Dr. Delgado is a major contributing author to Anti-Aging Clinical Protocols published by A4M and he has a new cookbook called Stay Young coming out soon (www.nickdelgado.com).

Dr. Delgado summed up the anti-aging craze this way: “What we fear isn’t aging, but loss of function.” He told the crowd that his goal is “understanding biochemistry and nutrition in order to help people do better.” At 57 years of age, he still breaks records for weight lifting and curling. He pointed out that the Roman gladiators were vegetarians. They got their protein from modified wheat and barley and took calcium supplements. The human body needs at most 55 grams of protein per day to function optimally, he said, and none of it need be from animal products. He has created an organic, raw, vegan body-building food supplement from hemp, brown rice, and yams. It’s called Delgado Protein Plus and it was formulated for people like him who work out but don’t want to eat animal proteins. “I want to be the oldest, healthiest man in history,” he said.

He recommends eating kale, beets, and pomegranates for energy because of their nitric oxide content. And he recommends eating cilantro because it has the ability to pull heavy metals like mercury out of the body. Some people get a buildup of mercury from eating too much large coldwater fish like tuna and swordfish which accumulate the mercury from lower down their own food chain. Other people get an overdose of mercury from their environment. For instance, coal combustion releases mercury into the atmosphere. Small amounts of mercury are present in drinking water as well.

Another problem he sees often in his practice is the excess of estrogen in both women and men. Certain chemicals that are absorbed by the human body, either through contact with our skin or through the food we eat, can mimic the hormone estrogen. These chemicals include pesticides like atrazine and endosulfan, and chemicals used to make plastics like BPA and pthalates. They also include estradiol and progesterone fed to cattle to encourage milk production and to encourage meat growth in cattle, pigs, and chickens. Simply eating meat and drinking milk can expose us to an overdose of estrogen, as can drinking warm formula from a baby bottle, or warm water from a plastic bottle.

Because of this, Dr. Delgado researched which vegetables would block excess estrogen. It turns out cruciferous vegetables (broccoli, cauliflower, cabbage, bok choy, watercress, Brussels sprouts, collard greens, kale) contain indole-3-carbinol which, when digested, produces diindolylmethane (DIM). DIM is not only cancer fighting, it also controls estrogen metabolism. DIM is especially effective when eaten with foods containing vitamin E like whole grains, nuts, and vegetable oils. Of course Delgado has a supplement for that called Estroblock.