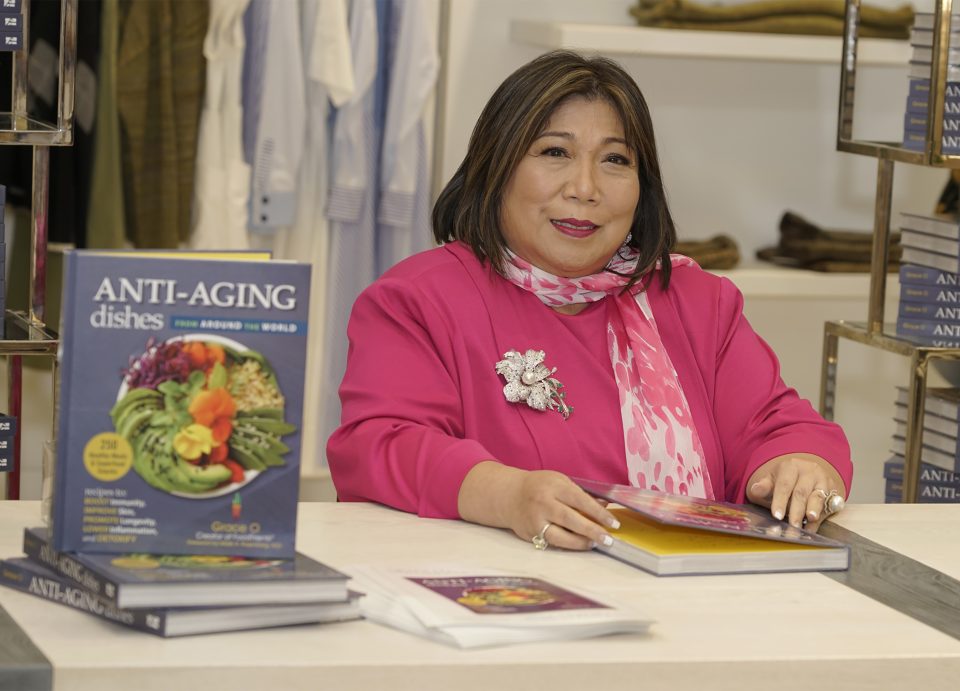 Donation Will Support Study on Inflammation and the Diseases of Aging Grace O launched her third cookbook, Anti-Aging Dishes from Around the World, in style with an upscale party held at Saks in Beverly Hills. Amidst friends, fans, and designer dresses, Grace signed copies of her book for eager partygoers including NBA star and former Laker Robert Horry and his wife Candice. TV host and producer Robb Weller announced Grace’s generous donation of a $300,000 research award to support the Center for Integrated Research in Cancer and Lifestyle (CIRCL) at Cedars-Sinai. The gift will provide for research on inflammation and […]
Do you like it?
Read more
No results See all results