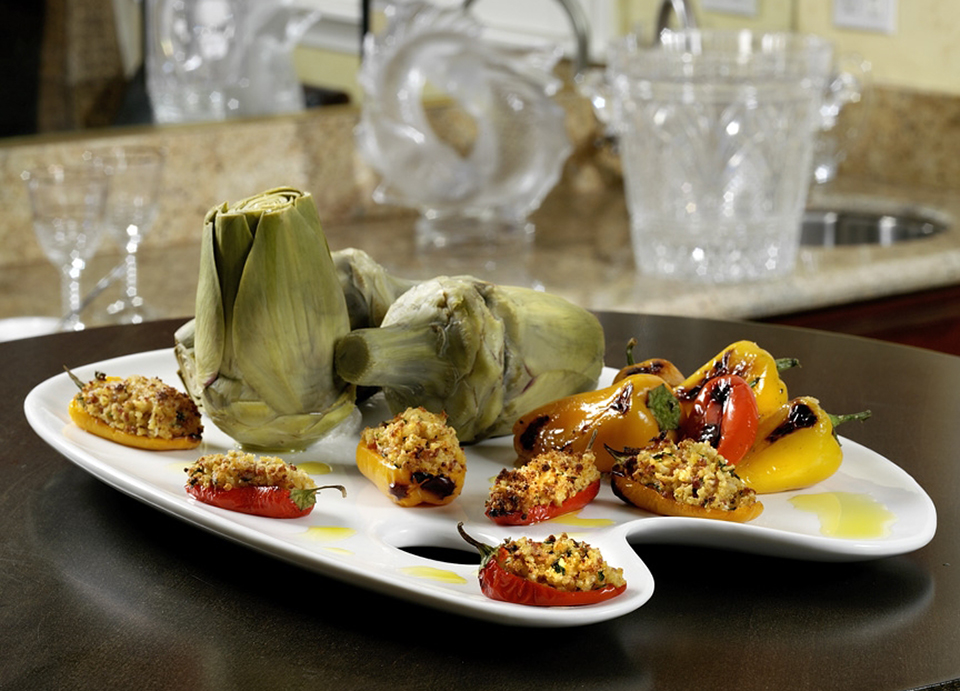 I like to combine the nutty flavor of millet with Canadian bacon and chlorophyll-laced parsley to make a satisfying filling for these cute pepper appetizers. Millet is a protein-rich but under-used whole grain. Gluten-free, it can be cooked like rice and used in place of white rice in many recipes–simply use three parts water to one part grain.

1. Place the millet and water in a covered saucepan and bring to a boil. Reduce heat to medium and cook for 20-25 minutes. When fully cooked, fluff millet with fork and toss in 1 tsp. of the olive oil. Set aside.
2. Preheat oven to 400 degrees. In a food processor, mix the Canadian bacon and the parsley until the mixture resembles ground meat, about 1-2 minutes.
3. In a skillet, saute the garlic and onion in the remaining 3 tsp. olive oil over medium-high heat until the onions are translucent, about 3-5 minutes. Add the Canadian bacon mixture and cook until browned, an additional 2-3 minutes.
4. In a bowl, combine millet, onion-bacon mixture, paprika, and egg white.
5. Halve the peppers lengthwise and stuff with millet-bacon mixture. Top with the panko breadcrumbs.
6. Bake peppers on a greased baking sheet at 400 degrees until browned, about 15 minutes.