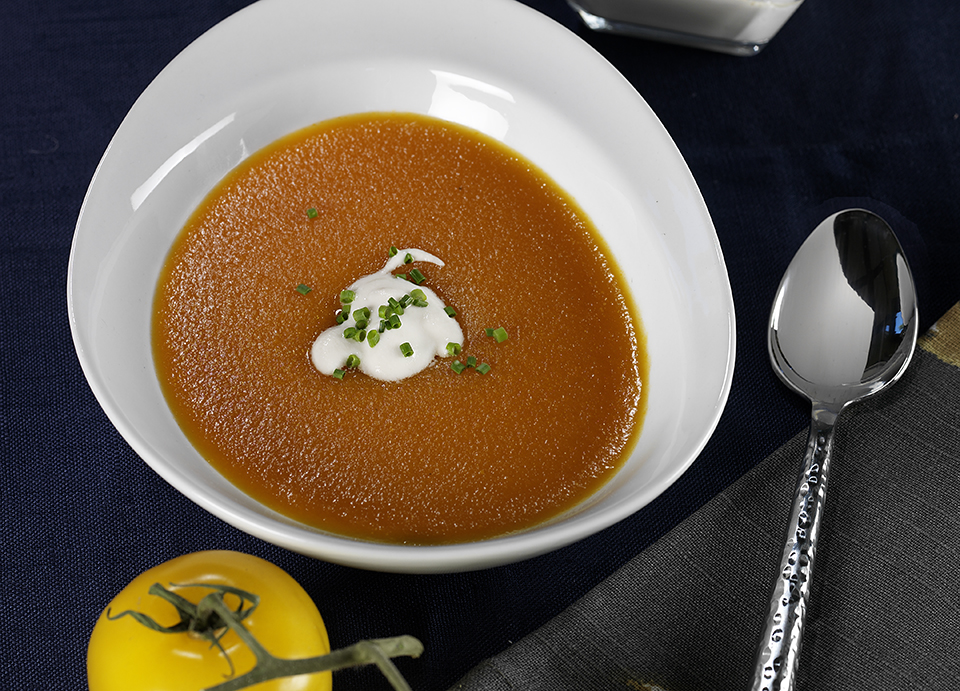 My Homemade Vegetable Stock and Mock Sour Cream make this a light but satisfying vegan soup. You can use store-bought vegetable broth instead of homemade. The yellow bell peppers complement the taste and the nutrient content of the tomatoes, and they lighten the color of this soup to a pretty orange hue. If you don’t want to chop, seed, and peel the tomatoes, you can use canned chopped tomatoes instead. Tomatoes contain heart-healthy lycopene.

Instructions
1. Blanch the tomatoes in boiling water for 1-2 minutes, then drain and peel.

2. Chop the tomatoes coarsely and seed them.

3. Roast the bell peppers over an open flame for about 2 minutes per side or until the skin is blistered. Allow to cool in a paper bag for 5 minutes, then peel, see, and coarsely chop.

4. Combine the tomatoes and peppers in a blender and blend until smooth.

5. In a stockpot, combine the tomatoes, peppers, and vegetable stock and bring to a boil.

6. Simmer for 10 minutes or until the soup is smooth and cooked through.

7. Add the salt and pepper to taste. Pour into bowls and garnish with Mock Sour Cream.