Miraculous Mushrooms Are a Food Powerhouse 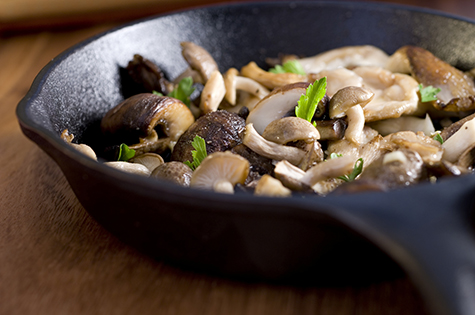 Most of the people I know have very strong feelings about mushrooms—they either love them or hate them. One of the beauties of mushrooms is that they usually take on the flavor of whatever they are cooked with. If it’s garlic and olive oil, that’s what they taste like. If they’re in a spicy Asian stir fry, they take on those flavors. One thing is certain — mushrooms are healthy little powerhouses of immunity boosters, antioxidants, vitamins and minerals. Rich in B vitamins such as riboflavin, folate, thiamine, pantothenic acid, and niacin, they are also the only vegan, non-fortified dietary source of vitamin D. Mushrooms also provide several minerals that may be difficult to obtain in the diet, such as selenium, potassium, copper, iron, and phosphorus. 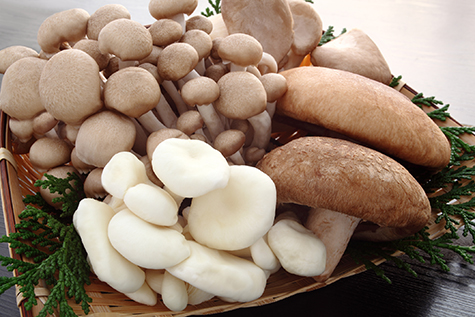 With just 45 calories per cup, you can afford to indulge in these versatile fungi. I prefer fresh mushrooms and use organic ones whenever I can find them. In my cookbook – The AGE BEAUTIFULLY cookbook, I’ve included a number of recipes with mushrooms, including my Wild Rice and Quinoa Salad. Check out recipes for my Mushroom Medley and Shirataki Noodle Salad below. 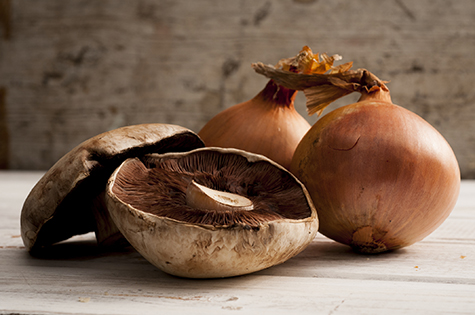 Not long ago at the Natural Products Expo, which is held every year in Anaheim, CA, I attended a presentation by Paul Stamets, the noted mycologist (mushroom and fungi expert). He is passionate about mushrooms because he sees them as “improving the health of the population and the planet using natural means.” The premise of his very interesting book, Mycelium Running: How Mushrooms Can Help Save the World is that the soil contains vast networks of mycelium, the vegetative part of a fungus. It’s all pretty technical, but basically through the mycelium, a fungus absorbs nutrients from its environment in a two-stage process: First, by secreting enzymes onto a food source, such as a fallen tree or other dead plants, which breaks it down. Then, the resulting molecules and nutrients are absorbed into the mycelium and enrich the soil. 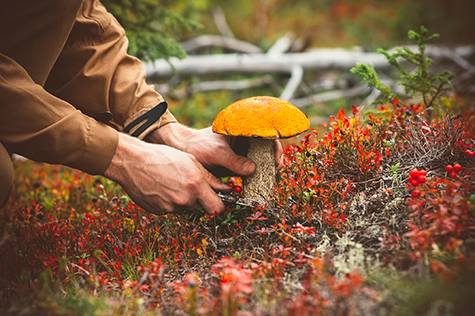 As a defense against bacterial invasion, fungi have developed strong antibiotics, which also happen to be effective for us humans. Penicillin, streptomycin, and tetracycline all come from fungal extracts. Mushrooms, which thrive on decaying organic material, are able to absorb nutrients and safely eliminate toxins.

Here’s more on what mushrooms can do for us. They can: 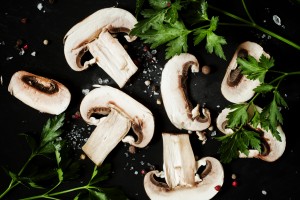 Not all edible mushrooms are good to eat. Some such as turkey tail or maitake (hen of the woods) are highly beneficial, but only readily available as dietary supplements. Our FoodTrients supplement authority, Ginger Hultin, MS, RDN, LDN, has written articles on the benefits of reishi and turkey tail mushrooms supplements if you would like to learn more about them.

Meanwhile, here are a number of delicious mushroom varieties that you can find fresh in the produce section of your local supermarket or online in dried form: 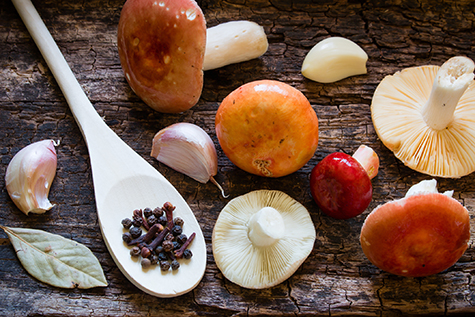 Mushrooms detoxify the soil they grow in. This side dish pairs well with chicken or beef or game meats. You can use almost any variety of mushrooms in any combination. I leave the small mushrooms whole because they look nicer that way, but you can chop them if you prefer.

If you use dried mushrooms, first hydrate them in boiling-hot water for at least 20 minutes, then drain well before braising in butter. 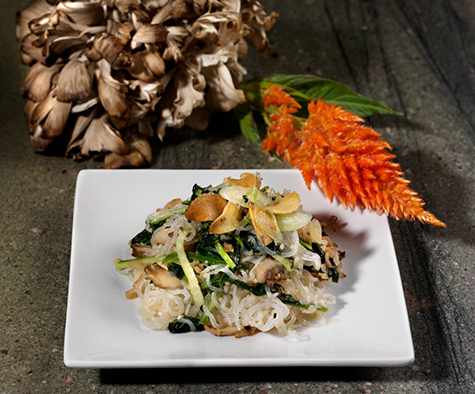 Shirataki noodles are very popular. Made from yam fiber, these thin, white, gluten-free noodles are sold water- or vacuum-packed. Because they have almost no flavor of their own, they must be served with sauce in order to be enjoyed. I created this salad with spinach and maitake mushrooms, also called hen-of-the-woods mushrooms because of their roughly, henlike appearance.

The Benefits: Shirataki noodles contain plenty of fiber to fill you up without adding calories or carbohydrates. Spinach offers lutein for eye health. Ginger and garlic are natural anti-inflammatories. Maitake mushrooms have beta glucan, which may fight cancer cells and slow tumor growth. All mushrooms contain selenium, which lowers cancer risk and boosts immune response.

Chef’s Note: If you use dried mushrooms instead of fresh, rehydrate them first in hot water for 20 minutes. You can use soba noodles in the same quantity as the shirataki noodles, but you will be adding calories and carbohydrates.