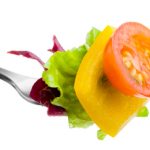 Earlier this year (Jan. 31, 2011), the 2010 Dietary Guidelines for Americans were announced Agriculture Secretary TomVilsack and Secretary of the Department of Health and Human Services (HHS) Kathleen Sebelius. The new guidelines are the federal government’s evidence-based nutritional guidance to promote health, reduce the risk of chronic diseases, and reduce the prevalence of overweight and obesity through improved nutrition and physical activity.Because more than one-third of children and more than two-thirds of adults in the United States are overweight or obese, the 7th edition of Dietary Guidelines for Americans places stronger emphasis on reducing calorie consumption and increasing physical activity.

“The 2010 Dietary Guidelines are being released at a time when the majority of adults and one in three children is overweight or obese and this is a crisis that we can no longer ignore,” said Secretary Vilsack. “These new and improved dietary recommendations give individuals the information to make thoughtful choices of healthier foods in the right portions and to complement those choices with physical activity. The bottom line is that most Americans need to trim our waistlines to reduce the risk of developing diet-related chronic disease. Improving our eating habits is not only good for every individual and family, but also for our country.”

More consumer-friendly advice and tools, including a next generation Food Pyramid, will be released by USDA and HHS in the coming months. Below is a preview of some of the tips that will be provided to help consumers translate the Dietary Guidelines into their everyday lives:

• Enjoy your food, but eat less.

• Make half your plate fruits and vegetables.

• Compare sodium in foods like soup, bread, and frozen meals – and choose the

• Drink water instead of sugary drinks.

The 2010 Dietary Guidelines is available at www.dietaryguidelines.gov

For more information on dietary guidelines, see www.health.gov/dietaryguidelines and www.healthfinder.gov/prevention