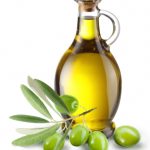 A study reported in the journal Neurology reveals an association between olive oil consumption and a lower risk of stroke.*

Cécilia Samieri, PhD, and her associates analyzed data from 7,625 participants in the Three-City Study. Olive oil consumption frequency was ascertained from dietary intake documented upon enrollment between 1999 and 2000 and was categorized as no use, moderate use or intensive use.

During a median follow-up period of 5.25 years, 148 strokes occurred. Adjusted analysis of the data unveiled a 41% lower risk of stroke among intensive olive oil users compared to those who reported no use. The protective association was significant for ischemic, but not hemorrhagic stroke.

In a secondary study, subjects with the highest levels of plasma oleic acid had a 73% reduction in stroke risk compared to those whose levels were lowest.

Editor’s note: Olive oil is a common feature of diets consumed in the countries surrounding the Mediterranean sea and has been suggested as an important factor in the Mediterranean diet’s disease-protective benefit.

Life Extensionists are people who believe in taking advantage of documented scientific therapies to help maintain optimal health and slow aging. The medical literature contains thousands of references on the use of antioxidant vitamins, weight loss supplements, and hormones that have been shown to improve the quality and quantity of life. Life Extensionists attempt to take advantage of this scientific information to enhance their chances of living longer in good health.
What Do FoodTrients Do?