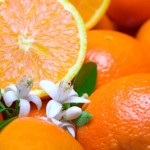 Findings from a study of guinea pigs published on October 31, 2012 in the journal PLoS One reveal a significant role for vitamin C in fetal brain development. Guinea pigs, along with humans, cannot manufacture their own vitamin C, which makes them a useful animal model of ascorbate deficiency.

Professor Jens Lykkesfeldt and his associates at the University of Copenhagen divided 80 pregnant guinea pigs to receive a diet that contained a high or low amount of vitamin C. Upon their birth, pups from each group of mothers were also divided to receive diets containing high or low levels of the vitamin.

Upon examination of the pups’ brains it was found that those born to vitamin C deficient mothers had a reduction in volume in the hippocampus, an area involved in memory. Supplementing these pups with vitamin C after birth did not appear to undo the damage done by their prenatal environment.

“Even marginal vitamin C deficiency in the mother stunts the fetal hippocampus, the important memory centre, by 10-15 per cent, preventing the brain from optimal development,” Professor Lykkesfeldt noted. “We used to think that the mother could protect the baby. Ordinarily there is a selective transport from mother to fetus of the substances the baby needs during pregnancy. However, it now appears that the transport is not sufficient in the case of vitamin C deficiency. Therefore it is extremely important to draw attention to this problem, which potentially can have serious consequences for the children affected.”

“People with low economic status who eat poorly – and perhaps also smoke – often suffer from vitamin C deficiency,” he added. “Because it takes so little to avoid vitamin C deficiency, it is my hope that both politicians and the authorities will become aware that this can be a potential problem.”