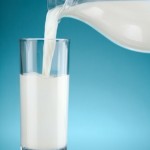 The June, 2012 issue of Cell Metabolism reports the discovery of researchers at the Polytechnic School in Lausanne, Switzerland and Weill Cornell Medical College of a benefit for nicotinamide riboside, a compound related to the B vitamin niacin, in protecting mice from obesity. The compound, which is found in milk, could also deliver other benefits, including a longer life.

Nicotinamide riboside boosts a gene known as SIRT1, which impacts metabolism and longevity. SIRT1 is targeted by resveratrol, a beneficial polyphenol found in red grapes and wine. In an attempt to find out if boosting the level of a SIRT1 cofactor known as NAD+ results in similar benefits, the team gave mice a high fat diet and supplemented some with a relatively high dose of nicotinamide riboside, a precursor to NAD+.

Supplementation with nicotinamide riboside resulted in an increase in intracellular and mitochondrial NAD+ and greater SIRT1 and SIRT3 activity. Mice that received the compound gained 60 percent less weight than those given an unsupplemented high fat diet, even though they consumed the same amount of food. “This study is very important,” announced Anthony Sauve, who collaborated on the research. “It shows that in animals, the use of nicotinamide riboside offers the health benefits of a low-calorie diet and exercise–without doing either one.”