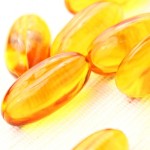 The April, 2013 issue of the Journal of Leukocyte Biology published the findings of researchers at Michigan State University (MSU) of an ability of docosahexaenoic acid (DHA) to boost the function of a type of leukocyte (white blood cell) known as B cells in a mouse model of colitis. DHA is an omega-3 long chain polyunsaturated fatty acid found in fish oil that had previously been found to reduce the activity of another type of white blood cell known as T lymphocytes, which are involved in the inflammatory response and other immune functions. The current finding suggests that while fish oil suppresses inflammation, it does so without reducing overall immune response, which indicates that individuals with compromised immune systems could avail themselves of its benefits. “Fish oil may have immune enhancing properties that could benefit immunocompromised individuals,” stated lead researcher Jenifer Fenton, PhD, MPH, of MSU’s Department of Food Science and Human Nutrition.

In the current research, Dr Fenton’s team divided the colitis-prone mice to receive a control diet or a diet supplemented with DHA-enriched fish oil for five weeks. B cells from animals that received fish oil exhibited enhanced activation and select antibody production, indicating improved immune responses to pathogens. “This work confirms similar findings on fish oil and B cells from our lab, and moves us one step closer to understanding the immune enhancing properties of EPA and DHA,” coauthor S. Raza Shaikh , PhD of East Carolina University commented.

“These results support the hypothesis and an emerging concept that fish oil enhances B cell function in vivo,” the authors conclude.