A Mixed Bag on Fruits, Vegetables 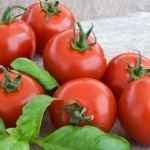 No one said eating enough fruits and vegetables was going to be a piece of cake — even if you’re giving it your best shot.

The majority of Americans say they’ve been trying to eat more fruits and vegetables over the past year, according to a poll of 1,057 adults for the International Food Information Council Foundation.

But most people are consuming less than half of what the government recommends. Kids and adults eat an average of a little more than a cup of vegetables a day and a little more than half a cup of fruit, according to the latest data from the NPD Group, a market research firm. Those numbers don’t count french fries but do include other types of potatoes, such as baked and mashed.

How much is enough?

“Children 2 through 12 and their parents are inching up in the amount they consume, but unfortunately, teens and the elderly are bringing the averages down,” says Elizabeth Pivonka, president and CEO of the Produce for Better Health Foundation, a non-profit nutrition education group.

The reason for the push for an increased intake of fruits and vegetables is they are loaded with vitamins, minerals, fiber, antioxidants and other compounds that help fight disease, she says.

But can anyone really eat three to 4 cups from these two food groups each day?

An easy way to reach the recommended amount is to make half your plate fruits and vegetables at every meal, as suggested by the government’s MyPlate icon (choosemy plate.gov), says Rachel Begun, a registered dietitian and spokeswoman for the Academy of Nutrition and Dietetics, formerly the American Dietetic Association: “This is a visual that’s easy to remember.”

To eat enough from these two food groups, you need to make sure your fridge and freezer are well-stocked, which may mean grocery shopping one or two times a week, says Dawn Jackson Blatner, a registered dietitian in Chicago.

“I like to buy pre-washed containers of leafy greens, trays of assorted cut veggies and bags of frozen vegetables for later in the week when my fresh produce is gone.”

She also likes to have leftover grilled veggies in the refrigerator in the spring and summer and roasted vegetables in the winter and fall.

When people tell her they don’t like vegetables, Pivonka tells them that there are hundreds of different fruits and vegetables that can be prepared in thousands of different ways. “My daughter was 10 years old before I discovered that she liked cooked carrots instead of raw carrots.”

She says her group often hears from consumers who are concerned about cost. A government study showed you can eat the recommended daily amount of fruits and vegetables for $2 to $2.50 a day. “It’s really a matter of priorities and how you spend your money,” she says. “You can skip the soda when you eat out, and you’ve saved enough money to buy all your fruits and vegetables for the day.”

When it comes to both price and taste, it’s often best to eat produce that’s in season, Begun says:

“There’s a world of difference between a tomato from a local farm in late summer vs. one in January that was picked before its time and flown thousands of miles.”