By Dr. Mark Rosenberg
Why Daily Aspirin Might Not Be A Good Thing 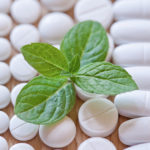 A recent national survey was conducted by Oregon State University regarding aspirin use amongst seniors. They found that an overwhelming majority of seniors – 81% – take aspirin as a preventative measure. In addition, they take it without their doctor’s recommendation or even knowing about it.

Is that a bad thing? Well, maybe. It all depends on you, your current health and even your specific genetic makeup.

There are several good reasons why so many seniors take aspirin, a powerful, yet deregulated, over-the-counter drug. These include recent research like:

1. Heart Attack/Stroke Prevention. Recent studies show that even 81 mg (children’s dose) of aspirin per day may prevent, or lessen the severity, of a heart attack or stroke in those at high risk. People at higher risk are those with diabetes, those with prior cardiac events, those with a history of brain TIA’s (transient ischemic attacks).

Aspirin is a blood thinner and works to break up fibrin in the blood which can become clots. A few years back, the American Heart Association reported that taking low dose aspirin at bedtime could prevent an acute heart attack the following morning. Blood platelets, the elements of the blood that clot, are thicker in the morning. Taking aspirin the night before helped reduce the platelet activity by 22 ARU’s (aspirin reaction units).

2. Prevention of Cancer. Several recent studies revealed that daily aspirin may have a kind of “chemotherapy” preventative effect against pancreatic as well as colon cancer. A study out of the Mayo Clinic reported that people who took aspirin had a 26% decreased risk in developing pancreatic cancer.

In addition, the American Cancer Society’s journal Cancer also reported a 2011 study out of Stanford University regarding women who took aspirin and the deadly skin cancer, melanoma. The study found that older women who took daily aspirin had a 21% decreased risk of developing melanoma. And, that the longer they took aspirin, the more their risk decreased.

Even more recently, the Fred Hutchinson Cancer Research Center reported in March 2015, again confirmed prior studies about aspirin’s preventative effect against colon cancer. But, they also cautioned that about 9% of people don’t respond to aspirin, or other NSAID’s (nonsteroidal anti-inflammatory drugs) for this use.

It all has to do with genetic variations in individual DNA. Apparently, people with structural differences in certain chromosomes (12 and 15) prevents any protective benefit from aspirin. The researchers concluded that perhaps specific genetic testing could identify which people would benefit most from aspirin for this use.

3. Prevention of Alzheimer’s Disease. It’s thought that aspirin may help prevent Alzheimer’s disease, or Alzheimer’s-like dementia, indirectly by helping to first prevent stroke. Strokes occur due to blood flow issues, and clots, that block oxygen getting to the brain. Larger strokes, or a series of smaller TIA’s (transient ischemic attacks), greatly increase the risk of the development of dementia.

Why does aspirin seemingly have so many beneficial effects? In addition to being a blood thinner, aspirin is also a powerful anti-inflammatory. In the last decade, inflammation has been shown to be the precursor for the development of heart disease, cancer, Alzheimer’s disease/dementia, Parkinson’s disease, joint disease, and many others. So, decreasing inflammation throughout the body can go a long way to preventing these diseases.

With all its preventative benefits, aspirin does have a significant side effect. It’s the “dark side”, you might say, of its beneficial anti-platelet, blood thinning effect. And that is bleeding. Taking aspirin to prevent a stroke could lead to intra-brain bleeding which can be life-threatening. Taking aspirin to prevent colon, pancreatic cancer or melanoma, could lead to dangerous gastrointestinal or esophageal bleeding.

But synthetic aspirin is not the only way to get anti-inflammatory, anti-blood clotting benefits. You can also get them from certain natural nutrients without the increased side effect risk. These include:

Whether you decide to take a daily aspirin, or the more natural choices listed here, be sure to tell your doctor that you’re taking them. They can monitor you for red flag increases in your bleeding times (a simple blood test) that up your risk for life-threatening GI or brain bleeding. You’ll also want to stop aspirin, or the natural nutrients, 2 weeks before any surgery to prevent excess bleeding.

Dr. Mark A. Rosenberg, MD Dr. Mark Rosenberg received his doctorate from Georgetown University School of Medicine in 1988 and has been involved with drug research since 1991. With numerous certifications in several different fields of medicine, psychology, healthy aging and fitness, Dr. Rosenberg has a wide breadth of experience in both the public and private sector with particular expertise in both the mechanism of cancer treatment failure and in treating obesity. He currently is researching new compounds to treat cancer and obesity, including receiving approval status for an investigational new drug that works with chemotherapy and a patent pending for an oral appetite suppressant. He is currently President of the Institute for Healthy Aging, Program Director of the Integrative Cancer Fellowship, and Chief Medical Officer of Rose Pharmaceuticals. His work has been published in various trade and academic journals. In addition to his many medical certifications, he also personally committed to physical fitness and is a certified physical fitness trainer.
What Do FoodTrients Do?