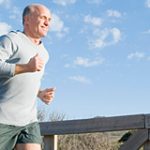 An article published online on December 22, 2010 in the Journal of Internal Medicine reveals that our own actions may be more important than inherited factors in dictating how long we live.

For the current investigation, Lars Wilhelmsen and colleagues at the University of Gothenburg evaluated data from the 1913 Men epidemiological study, which enrolled 855 fifty-year-old men in 1963. Subjects provided anthropomorphic, parental and lifestyle data, and were examined for cardiovascular health and other functions. The men were re-evaluated at the ages of 54, 60 and 67.

Thirteen percent of the participants were still living at 90 years of age. These survivors were likelier at age 50 to be nonsmokers, drink moderate amounts of coffee, have higher socio-economic status and have lower serum cholesterol levels compared with men who failed to reach this age, yet the number of years attained by the men’s parents did not appear to influence their own longevity.

The most important predictive factors at ages beyond 50 included having low blood pressure and good cardiorespiratory function. When predictive factors at all examinations were analyzed, being a nonsmoker, consuming low amounts of coffee, being of higher socioeconomic status, having low serum cholesterol, and possessing good physical working capacity emerged as significant.

“Our study shows that hereditary factors don’t play a major role and that lifestyle has the biggest impact,” stated professor emeritus Lars Wilhelmsen of Sahlgrenska Academy at the University of Gothenburg. “We’re breaking new ground here. Many of these factors have previously been identified as playing a role in cardiovascular disease, but here we are showing for the first time that they are important for survival in general.”

“The study clearly shows that we can influence several of the factors that decide how old we get,” he added. “This is positive not only for the individual, but also for society as it doesn’t entail any major drug costs.”