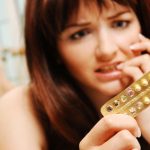 For certain women, taking estrogen supplements for a few years close to menopause appears safe, and may reduce their risk of breast cancer, says a new study from the landmark Women’s Health Initiative (WHI). Those women include only the 30% of menopausal women who’ve had a hysterectomy, or surgery to remove the uterus.

These women are typically treated with estrogen alone, rather than the two-hormone combination of estrogen and progestin, says study co-author Rowan Chlebowski.

The study, online Tuesday in The Lancet Oncology, marks yet another, potentially confusing wrinkle in the debate over the safety of hormones for treating the symptoms of menopause, which can include hot flashes and severe sleep loss. It comes nearly a decade after safety concerns about hormone replacement therapy led to an early halt to the combination-therapy arm of the WHI, the massive research project. Later, researchers halted the estrogen-only arm of the study as well, because of an increase in blood clots and strokes. Hormone sales plummeted.

In the latest study, women who had had a hysterectomy who took estrogen for six years had a 23% lower risk of breast cancer than women given placebos. They were also less likely to die from breast cancer.

In fact, among women in their 50s — the age when women are most likely to see relief for menopausal symptoms — those taking estrogen had fewer deaths and heart attacks than those given placebos, according to that study, published in the Journal of the American Medical Association. Among menopausal women, the higher risk of stroke diminished after they stopped taking the pills. Women given estrogen in their 70s, however, had more health problems.

Many women are likely to be confused by the findings, says Ranit Mishori, a family medicine physician at Georgetown University Medical Center, who wasn’t involved in the study.

That’s because follow-up studies continue to show that combination hormone therapy raises the risk of strokes, blood clots and cancer, even years after women stop taking them. This combination is viewed as safer for the 70% of women who haven’t had a hysterectomy, because taking estrogen alone raises the uterine cancer risk.

Cardiologist Suzanne Steinbaum, of New York’s Lenox Hill Hospital, suggests that women interested in hormones try skin patches or creams, not pills, to reduce the risk of side effects.

This entry was posted in inside sidebar. Bookmark the permalink.