Smart To Be Taking Vitamins Before Pregnancy? 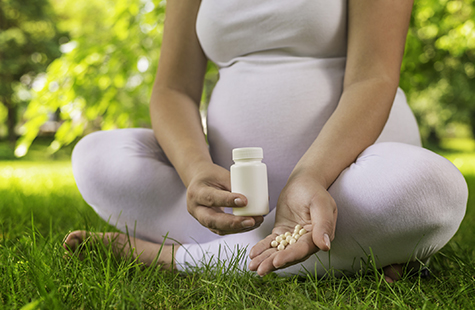 Women of childbearing age need more education about the benefits of taking certain vitamins — even before they become pregnant — to prevent birth defects, according to a survey released last month by the March of Dimes.

While 97 percent of women surveyed who have been or are currently pregnant reported taking prenatal vitamins or multivitamins during their current or last pregnancy, only 34 percent say they started taking the prenatal vitamin or multivitamin before they knew they were pregnant, the survey shows. That number drops to 27 percent for Hispanic women and to 10 percent for black women.

The online survey was conducted in August by The Harris Poll on behalf of March of Dimes, with more than 1,000 U.S.women ages 18 to 45 responding.

“While it tends to shock some Americans, more than 120,000 babies, or 3 percent of all births, will be born with birth defects in the United States this year,” says Stacey D. Stewart, president of the March of Dimes. “The results of this survey serve as a reminder of the importance of continually informing women of the benefits of taking a multivitamin with folic acid both before and during pregnancy to improve their own health and that of their iuture family.”

Taking a multivitamin or prenatal vitamin containing 400 micrograms of folic acid every day before pregnancy and during the early months of pregnancy have been shown to prevent serious birth defects of the brain and spine known as neural tube defects. Because those birth defects happen in the first month of pregnancy, often before a woman knows she is pregnant, and with almost half of pregnancies in the U.S. unplanned, multivitamins are recognized as a key strategy to reduce the risk of NTDs, the March of Dimes says.

The March of Dimes says up to seven in 10 NTDs in the U.S. each could be prevented if all women capable of having a baby took daily multivitamins containing folic acid.

After pregnancy begins, the folic acid recommendation increases to 600 micrograms daily. In addition, iron, calcium, vitamin D, DHA, and iodine have been found to play a key role in baby’s growth and development during pregnancy.

Highlighting the challenges of access to care, Hispanic women reported the cost of prenatal care having an impact during pregnancy (53 percent), which is significantly higher than among black women (34 percent) and relatively higher than in the general population (43 percent).

“Disparities among racial and ethnic groups in birth defects and other birth outcomes, such as preterm birth and infant mortality, have lifelong implications for the health and well-being of families and for our nation,” says Dr. José Cordero, a professor and director of the Department of Epidemiology and Biostatistics at the University of Georgia College of Public Health.

“It is critical that we continue to work to improve access to information and comprehensive prenatal care for mothers in African American/black and Hispanic communities,” says Cordero, who also is a physician . and a former member of the March of Dimes board of trustees.

Survey findings also show that 77 percent of all women worry that potential changes to the health care system would impact access to prenatal care negatively. Also, 43 percent of women who have been or are currently pregnant reported that costs of care affect when and whether they seek prenatal care for their pregnancy.

“The March of Dimes is hearing this consistently from women-they are scared that insurance coverage to support healthy pregnancies and full-term babies, such as prenatal care and prenatal vitamins, may diminish or even disappear with the proposed changes in the health care system,” says Stewart.

Physicians are the No. 1 source of education for women about healthy pregnancies. Seventy-four percent of women who have been or currently are pregnant reported seeing their physician for information about pregnancy health and childbirth, and 92 percent of women who did take prenatal vitamins or multivitamins during their current or last pregnancy said they did so based on a recommendation from a health care professional.

Nearly half of women who have been or are currently pregnant also reported they sought information online, which the March of Dimes says reinforces the opportunity to reach millions with prenatal health facts.

Other survey findings show most women reporting they’re aware that folic acid is important for health of baby-but not when to take it, how much to take, or why it is important. Even less understanding was reported around other key nutrients.

While nearly two-thirds of all women were able to identify folic acid as a very important nutrient, fewer than 40 percent of women cited iron, calcium, and vitamin D as vitamins that may help reduce a woman’s risk of having a baby with a birth defect.

About 85 percent of women who reported being familiar with folic acid either didn’t know or cited an inaccurate recommended amount of the nutrient.

Thirteen percent of women weren’t aware that avoiding smoking and tobacco products would help reduce the risk of birth defects, and 12 percent were unaware that eliminating drinking and illegal drugs would do the same.