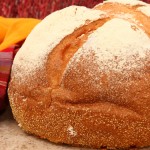 While you and I know that gluten-free isn’t just a passing fad, a lot of people out there ask why gluten-free living is all of a sudden so popular.

Sure, it has become a lot more prevalent in everyday society, and the gluten-free fad is in full swing, but a gluten-containing diet has long been considered detrimental to human health.

Increased diagnoses of celiac disease and gluten intolerance corroborate the fact that gluten can lead to chronic health issues.

Not surprisingly, there are historical events that have led to the modern grain-based diet (and the introduction of gluten). Medical discoveries and agricultural changes along the way have led us to where we are today.

So, why isn’t gluten-free living a passing fad? We start in Ancient Egypt.

The gluten-free diet is originally mentioned in Ancient Egyptian records. Scientists found a frightening correlation between the introduction of the grain-based diet and new-found degenerative diseases like diabetes, cancer, osteoporosis, thyroid disorders, and obesity in the Egyptian mummies of that era.

What went wrong? Not only were humans replacing their meat-based proteins with grains, but they were also unaware of the ways that their bodies viewed the primary compound created by grains – gluten.

Humans had evolved for millions of years, and their bodies were designed to use very recognizable forms of energy (food), such as animal proteins. Gluten works entirely differently in the human body. Making such a shift from meat to grain was asking the body to turn foreign materials into energy, and bodies responded with immune reactions as a form of protection. (This is what happens as a result of celiac disease or gluten intolerance when you ingest gluten: your body responds with an immune reaction because it does not recognize the protein.)

The Drastic Change that Led to Modern Gluten-Free Living

The Egyptians modified grains in ways that made them easier to digest and absorb than more recent generations, so while the Egyptians could link chronic health problems to gluten, they did not experience the huge range of problems modern people face. Grains were commonly soaked, sprouted, fermented, and leavened, which is not common today. Prior to the Industrial Revolution grains also remained in fields longer and lost many of the things our bodies view as toxic.

It wasn’t until the 1960s that agronomist Norman Borlaug developed the concept of dwarf wheat. This wheat had shorter stalks and larger heads, it could bear extra weight, and most importantly, it drastically increased how much wheat a farmer could grow.

The results weren’t all bad, as this change helped millions of people (especially in developing countries) find sustenance; however, it was detrimental to the more developed countries that already relied so much on grains in their diets. The devastating effect from this approach was that after staying constant for over 100 years before the 1960s, the nutritional content in wheat, especially minerals like magnesium, zinc, iron, and copper took a major drop-off.

The evolution in how wheat has been processed, and the increasing concerns the grain-based diet has produced over time shows that the gluten-free fad, as some people call it, won’t slow down. While some health issues came to light many years ago, they are popping up in more and more people today. This can result in gluten intolerance or celiac; but for a lot of other people, it just means feeling healthier.

Written by Zach Rachins at CeliACT.com