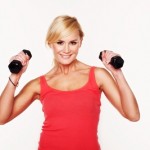 An article published online on December 17, 2014 in the Journal of Nutrition reports the outcome of a double-blinded trial of overweight and obese men and women which found a protective role for whey protein supplementation against some of the loss of muscle that occurs with dieting.

Researchers at Canada’s McMaster University randomized 19 men and 21 women to receive a fourteen day low calorie diet supplemented with 27 grams whey protein or 26 grams soy protein (resulting in the intake of an average of 1.3 grams protein per kilogram per day), or the addition of carbohydrate providing a number of calories equal to that of the protein supplements. Myofibrillar protein synthesis (a measure of muscle maintenance) and lipolysis (which measures fat loss) were assessed while fasting and following a meal, before and after the two week diets.

Prior to the start of the diet, myofibrillar protein synthesis was found to be stimulated more following whey consumption in comparison with soy or carbohydrate ingestion. While all groups experienced a similar decline in myofibrillar protein synthesis while fasting, the decrease was less among those who received whey protein following a meal. Among those who received carbohydrates, the decrease in postprandial myofibrillar synthesis averaged 31%, in comparison with 9% and 28% in the whey and soy supplemented groups.