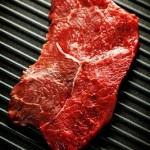 For a long time, it was believed that too-high cholesterol was the cause of dangerous, artery-narrowing plaques.  So, giving cholesterol-lowering statin-drugs were thought key in reducing these plaques.

It was soon realized that people with low cholesterol levels were also having heart attacks.  Clearly, something else was contributing to heart disease besides cholesterol. That’s when we learned that inflammation played a big role in why plaques develop as well.

In the last year, cardiac researchers have pinned down another key piece of the heart disease puzzle. You’ll want to know more about it and how you can reduce your risk of heart disease.

Aside from too high cholesterol and inflammation levels, certain foods you may be eating everyday could be contributing to plaque buildup in your arteries.  These are foods that are rich in the nutrient, choline, and include eggs and red meat to name a few.

Now, foods rich in choline are generally also rich in cholesterol. This is likely why cholesterol was originally thought to be the villain in heart disease.  And when the choline connection to heart health surfaced, it seemed contradictory.

You see, choline is, on the one hand, a nutrient that is very important to your health.  It helps clean your liver of heavy fatty deposits and keeps it functioning normally.  In addition, choline is an important neurotransmitter that plays a big role in both brain development and memory.  It’s now suggested that neurodegenerative memory disorders, like Alzheimer’s, may have their roots in choline deficiency.

On the other hand, if you get too much choline in your diet (more than 10 grams daily), this can result in the over-production of a type of gut bacteria called trimethylamine oxide (TMAO).  Cardiac researchers now say that TMAO is largely responsible for creating the dangerous heart plaques that lead to heart attack and/or stroke.

In a 2013 study cited in The New England Journal of Medicine, TMAO was found to form in gut bacteria a few ways.  One is that the carnitine contained in red meat interacts with your intestinal flora producing TMAO.  Another is that, choline, which is similar in structure to carnitine, also interacts with your intestinal flora the same way producing TMAO. In addition to eggs and red meat, choline is also found in chicken, fish, dairy and certain vegetables.

So what’s the problem with TMAO? Well, it makes it harder for your body to clear cholesterol from your liver.  Your body, then, has more cholesterol reserves available to form into plaques in the arteries throughout your body.  Cholesterol reserves are then used to “patch” inflammation-damaged arteries in an attempt to heal them.  On the surface, it might sound like having a lot of cholesterol on hand to patch this damage would be a good thing, right?

Not really. The problem with this process is that, if inflammation continues to be ongoing, more and more cholesterol plaques build up and result in narrowing of arteries. This reduces blood flow to your heart and/or brain and clots can develop more easily.  These clots can result in a disabling, or fatal, heart attack or stroke.

In a Cleveland Clinic study, cardiac researchers found, however, that study participants given antibiotics after eating high choline foods did not form TMAO. And, that those who ate a vegan diet also did not form clinically significant amounts of TMAO. But not everyone wants to be a vegan either.  Eggs and red meat, as well as other higher choline foods, also have significant health benefits.

And, taking antibiotics every time you eat eggs or red meat is not a good idea either.  It can cause antibiotic resistance and chronically expose you to a toxin that fosters inflammation.  But, whether natural antimicrobials like turmeric, garlic, oregano, manuka honey, Oregon grape, et al, can prevent TMAO from forming like synthetic antibiotics has not yet been studied.

In addition, researchers at the Cleveland Clinic suggested that taking probiotics – previously thought to be a good thing, especially in older people – might actuallyincrease TMAO.  A blood test that detects levels of the gut flora metabolite TMAO is also in the development stage.

So now you know what TMAO is and how it interacts with the 2 other well-known plaque generating factors, cholesterol and inflammation.  Following this basic game plan can help prevent a dangerous heart attack or stroke:

1.  Decrease inflammation that causes arterial damage.  Things that cause inflammation in your body are high refined sugar/carbohydrate diets; too much alcohol, smoking, obesity, stress, lack of sleep, exposure to environmental toxins and certain chronic medication use. These include drugs that encourage bad gut bacteria to overgrow like antibiotics, acid blockers, and anti-inflammatory pain relievers.

2. Decreasing TMAO buildup. Although your body needs choline for important body functions and good health – too much of a good thing is not good.  Be sure to limit your intake of choline to 10 grams a day. For example, fresh eggs contain 682 mg of choline each, this is roughly 0.7 grams (1 gram=1,000 mg). Beef contains about 500 mg per 4 oz serving; salmon has about 225, turkey about 200. Some vegetables like mushrooms, soy, nuts, contain about as much choline as meat.  Other vegetables contain varying amounts of choline as well. A good choline/food list can be found online at Self’s Nutrition Data website.

In addition, limiting carnitine-containing foods (like red meat and even “power” drinks that have added carnitine) is also a good idea.

3.  Decrease Cholesterol Reserves.   Like choline, your body needs a certain amount of cholesterol to perform critical body functions, most notably, hormone production.  Yet, again, more is not better.

5. Add Some Natural Antibiotics/Anti-Inflammatories. Although the effect of natural, herbal/botanical antibiotics on TMAO is not yet known, adding a few of them to your diet everyday may help decrease your TMAO levels.  The best ones include turmeric 400-800 mg a day in capsule form, or adding a few teaspoons of common mustard to your foods.  Turmeric has long been used in Ayurvedic medicine to treat intestinal disorders and normalizes gut flora. Natural antimicrobials garlic and oregano added to choline-carnitine foods may also help.

Today, in 2014, cardiologists know much more about how heart disease develops.  And tomorrow, we’ll likely know even more. When the TMAO blood test becomes available to your doctor for testing, it may be a good idea to have your levels tested.  It will soon become one more tool in the cardiologist’s arsenal for heading off a dangerous heart attack or stroke.