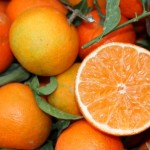 The role of vitamin C in the body may be even greater than previously believed. New research has found that vitamin C helps convert mouse embryonic stem cells growing in the laboratory into heart muscle cells.

Embryonic stem cells are unspecialized cells that are derived from the very early stages of fetal development. These cells can convert into any type of cell in the body through a process termed differentiation. Researchers hope that the ability to transform these cells into viable heart cells in the laboratory can lead to effective treatments for heart failure—the inability of the heart to pump enough blood to properly supply the body. Heart failure occurs when the heart is significantly damaged, often from a heart attack or genetic disease.

The American Heart Association estimates that more than 50,000 heart-failure patients die each year in the United States alone. Perhaps the ability to transplant healthy heart cells into the sick hearts of these patients will keep these patients living longer and better lives.

“Although the findings of this study are very preliminary with respect to their impact on human lives, this line of research has enormous implications for the future care of thousands of patients who develop heart failure each year,” said Robert O. Bonow, M.D., president of the American Heart Association in an official statement. “Identifying mechanisms to transform stem cells into differentiated heart muscle cells is an important step toward clinical reality.”

For their study, which was published in the April 15, 2003 issue of Circulation: Journal of the American Heart Association, researchers tested 880 bioactive substances, including drugs and vitamins, to see if they prompted mouse stem cells to transform into heart cells.

“We only got one out of the 880 to light up, and that was from ascorbic acid, the chemical commonly known as vitamin C,” said Richard T. Lee, M.D., senior author of the study. Lee is an associate professor of medicine at Harvard Medical School and Brigham and Women’s Hospital in Boston and a lecturer in biological engineering at the Massachusetts Institute of Technology in Cambridge, Massachusetts.

Many benefits of vitamin C have been attributed to its ability to neutralize oxidants. However, the researchers of this study believe that the ability of vitamin C to promote cardiac differentiation of stem cells is unrelated to its antioxidant abilities. This is because other antioxidant compounds tested, including vitamin E, did not promote the development of heart cells.

“The real significance of the study is that it indicates that we will be able to find other ways to generate heart cells from stem cells more efficiently,” said Lee. “It also raises interesting questions about the role of vitamin C in the development of the embryo’s heart.”