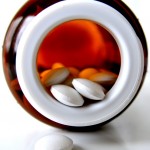 The American Journal of Clinical Nutrition published the results of an analysis of a trial which found that supplementation with folic acid and vitamin B12 improved immediate and delayed memory in older men and women.

The study analyzed data from a trial of 900 participants with elevated psychological distress who received 400 micrograms of folic acid plus 100 micrograms vitamin B12, or a placebo for two years. Cognitive function was assessed at the beginning of the study and at 12 and 24 months.

While orientation, attention, verbal memory and processing speed remained unchanged, greater improvements from baseline in immediate and delayed recall scores were observed among those who received vitamin B12 and folic acid compared with the placebo group. “The prospect of using dietary supplements of folic acid and vitamin B12 to prevent cognitive decline appears promising,” the authors conclude.

Editor’s Note: The original trial was designed to analyze the effect of the supplements and other factors on depressive symptoms. Late-life depression is a risk factor for cognitive impairment.