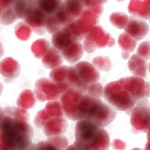 Researchers in Germany may have figured out why overfed mice put on less weight while using sildenafil, commonly known as Viagra.

And it’s not because the rodents were, well, aroused to become more active and burn more calories.

Apparently, the erectile-dysfunction drug can help convert “undesirable white fat cells into the ‘good’ beige (brown-like) fat cells that ‘melt’ away excess pounds,” according to the University of Bonn, where the research was conducted.

“The effects were quite amazing,” said researcher Ana Kilic.

Since belly fat tends to consist of white fat cells, the possibility is raised that Viagra “could thus potentially melt the unwelcome ‘spare tire’ around the midriff,” the university reports.

It’s possible this process could also reduce other major health risks, such as heart disease and cancer, because enlarged white fat cells “can synthesize and release hormones which in turn cause inflammation thus increasing the persons risk for chronic diseases,” according to the university.

So the mice were also healthier in general.

“It seems that sildenafil prevented the fat cells in these mice from getting onto that slippery slope,” said Alexander Pfeifer, director of the Institute for Pharmacology and Toxicology at the university.

Viagra promotes blood flow by blocking the degradation of cyclic guanosine mono-phosphate (cGMP), and apparently “Increased cGMP promotes healthy expansion and browning of white adipose tissue,” as stated in the title of the researchers’ findings, published in the Journal of the Federation of American Societies for Experimental Biology.

The public should refrain from believing “that popping some sildenafil will work to quickly lose the extra pounds accumulated over the holidays,” according to the university. “. . . It will be a long way until potentially suitable drugs for decreasing white fat cells in humans will be found.”

Only mice have been tested so far.