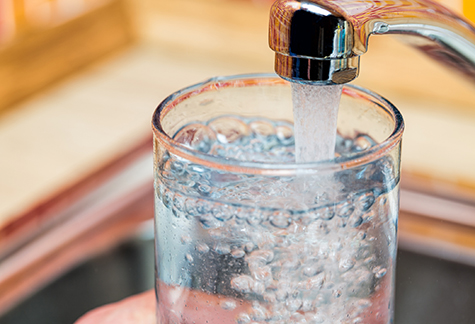 The Obama administration established the Clean Water Rule, extending the protections of the Clean Water Act to small streams. The rule is a common-sense safeguard supported by a majority of Americans. But industry and agribusiness have been pushing for years to roll back the rule and protect only the biggest streams and rivers.

The gutting of the Clean Water Rule by President Trump and EPA Administrator Scott Pruitt puts the drinking water of 117 million Americans at risk, according to a nationwide county-by-county analysis by the Environmental Working Group.

“With the rollback of the Clean Water Rule, Scott Pruitt and President Trump are poised to let industry and agriculture treat much of the nation’s drinking water supply like an ashtray, instead of a vital natural resource every single American relies on,” said Faber. “Americans are paying the price of the administration’s near-constant assault on public health and the environment, but it’s a free ride for polluters, who face no consequences for contaminating our drinking water.”

EWG’s analysis found that more than one-third of Americans get at least some of their drinking water from small streams, and more than 72 million people in 1,033 counties rely on small streams for more than half of their water. Ensuring that their water is safe to drink requires keeping those streams clean from industrial and agricultural pollution.