The Top 5 Healthiest Cities In America And The World 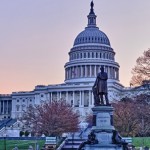 Staying healthy is as much a personal effort as it is a community effort. If you’re a person trying to improve your health, it’s easier and more fun if the place where you live encourages you to be fit. Many people don’t like to walk, or bike, along the shoulder of the road, so if the community where you live has very little outdoor fitness resources, and the population tends to be rather sedentary and out of shape, you may not get the motivation many people need to become fit.  Let’s start with the United States…

The Top 5 Healthiest Cities in America to Live

To be considered as one of the healthiest places to live, cities have to jump a few hurdles before getting that title. Generally, cities that have higher gross incomes per capita have a better developed fitness/health related environment.

Some of the things that go into deciding which cities are healthier include pollution, population, the parks and recreation systems (adequate bike trails, walking paths, tennis, basketball, volleyball courts, etc), how much vegetation, culture and education (museums, universities, libraries, etc), number of healthcare facilities/fitness programs, sports and recreational centers and businesses. Here are the top 5 healthiest cities in the United States according to the American Fitness Index Report:

1.  Minneapolis-St Paul:   The “Twin Cities” wins the #1 spot for the U.S. for these reasons – more people bike/walk to work (cuts down on auto pollution); more dog parks (and people walking them); more golf courses and playgrounds (more people out using them both adults and children); more farmers markets (people buying/eating more produce).

2.  Washington, D.C.:  D.C.-ers have a pretty active outdoor recreational life with all the parks, bike/walk trails (Rock Creek Park and Capital Crescent Trail), and closed roads (on weekends).  There’s always an electric excitement in the air in D.C. On any given day, if the weather is good, the mall is filled with people, walking and socializing.  D.C. also has an excellent commuter system connecting suburbs of Virginia, Maryland and Delaware to D.C.  This cuts down on a lot of auto pollution. There are many farmers markets where people buy/eat more fresh produce.

3.  Boston, Mass:  Boston, known for its beans, might also be known for its bike trails, which are numerous.  There are even guided bike tours around the historic and hotspots of Boston, as well as many great places to walk. As a result, people bike or walk more frequently to work, or just to get around the city in general.

4.  Portland, Oregon: Almost always on the healthiest cities list, Portland is a beautiful, green place that could have been named “Parkland”. There are more acres of parks in Portland per person and as a result people spend a lot of time outdoors engaged in all kinds of healthy exercise like hiking, hill/trail biking, horseback riding, fishing, and much more.

Now, let’s look to Europe and Asia and what the Gallop Global Well Being Indexreports as the top 5 healthiest world cities:

1.  Hong Kong.  Hong Kong has one of the highest incomes per capita and is densely populated. Real estate is at a premium, so living quarters can be cramped.  As a result, people are outdoors more, socialize more (great mental health benefits!), and about 45% of people walk to their destinations throughout the day which adds up to a lot of exercise.  Life expectancy is 82.5 years.

2.  Tokyo.  The world’s biggest city and one of the wealthiest, Tokyo has an incredible public transport system with resultant lower pollution and Greenhouse Gas Emissions. Life expectancy here is the highest in the world at 85.9.  Diets are high in fish and sea vegetables.

3.  Copenhagen.  All the Scandinavian countries rank the highest for the healthiest cities in Europe, but Copenhagen, hits the bulls eye for #1. Copenhagen is densely populated with over 1,000,000 people but 80% of them walk or bike to their destinations during the day rather than drive.  A lot of exercise, and very low GGE (greenhouse gas emissions) – down another 9% in the decade 1991 to 2011.

4.  Stockholm.  Ranked 6th in the world for personal safety, Stockholm is #4 healthiest city. It’s a very “green” city – with low GGE but many parks that extend everywhere.  Most well known is Royal National City Park which runs for 6 miles within Stockholm.  Mental stimulation/health is also good in Stockholm due to the highest number of museums in the world. The Swedes also drink a lot of coffee which has been found to benefit mental and physical health.

5.  Sydney.  This city made it on the list because of its great contribution to education which has surprising well-being benefits. It also is one of the physically healthiest world cities. It is an outdoor-activity friendly place with many parks, beaches and good weather year-round. It has a well-developed bicycle infrastructure and a high number of users.  It also has a high number of indoor sports and health club facilities and always reducing GGE levels.

Just as ‘you are what you eat’ can determine your health, I believe that ‘where you live’ is just as important.  You may not be well-matched to the city where you live.  The best city should stimulate your social and cultural interests for your mental well being, as well as give you the opportunity to make your physical health the best it can be.  Of course, the best city can only support your efforts – only you can set your health goals in motion.