The Benefits of Pine Bark Extract 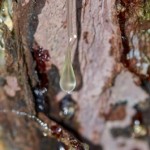 The pine tree is celebrated during the darkness of winter for its seemingly death-defying ability to remain green year-round.

Its bark and needles have been used by indigenous people for centuries for nutrition and general wellness.

As a matter of fact, an extract from the bark of the French maritime pine has been found to contain compounds that have year-round life-enhancing benefits. Let’s explore them.

Proanthocyanidins derived from pine bark have been associated with a variety of benefits, including DNA protection, reduction of inflammation, decreased oxidative stress and reduced glycation.

Aside from these broad benefits, pine bark extract has been found to help a number of conditions.

Recent research has revealed an ability for pine bark extract to reduce the length and severity of the common cold. The extract has also been shown to decrease symptoms associated with psoriasis.

In addition to helping with psoriasis, pine bark extract benefits the skin of healthy people, too. Not only does it protect collagen from degrading, it reduces the damage caused by ultraviolet light—the primary cause of skin aging.

Its ability to maintain capillary health is behind its use by many women to combat “spider veins”: small dilated red or violet capillaries. Women have also benefited from the use of pine bark extract during menopause

The administration of 100 milligrams over an eight-week period reduced fatigue, sleep issues, memory impairment, dizziness, irritability, and depression, as well as such symptoms as headache, breast tenderness, and itching.

And in participants with arthritis, 100 milligrams of pine bark extract daily resulted in a 56% reduction in symptoms, and an increase in walking distance compared to the placebo group.

The benefits for pine bark extract extend well beyond those discussed in this brief summary.

And while you may not relish the thought of consuming pine bark (unless you’re a die-hard survivalist), anyone can take pine bark extract as a supplement to help prevent a number of conditions and promote better health.