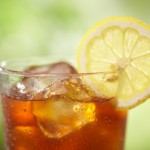 In an article published in the journal Immunology Letters, researchers at Oregon State University’s Linus Pauling Institute report a mechanism for green tea in suppressing autoimmune disease: an imbalance of the immune system that results in the body attacking itself.

Oregon State University associate professor Emily Ho and her associates studied the effect of the green tea polyphenol known as epigallocatechin gallate (EGCG) in cell cultures and in mice. They found that EGCG increased the amount of regulatory T cells (which help dampen the immune system), whose function is regulated by processes that involve transcription factors and DNA methylation.

“EGCG may have health benefits through an epigenetic mechanism, meaning we aren’t changing the underlying DNA codes, but just influencing what gets expressed, what cells get turned on,” Dr. Ho elaborated. “And we may be able to do this with a simple, whole-food approach.”

Editor’s note: Although treatment with pharmaceutical agents can help regulate immune function in autoimmune disease, the drugs are frequently associated with toxicity.