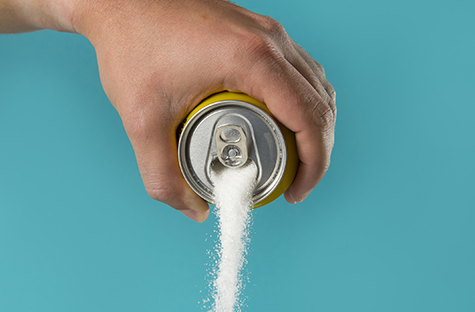 The findings, published this month in the British Medical Journal, found that sugars added to foods such as breakfast cereals, baked goods, sweets and desserts can create a negative affect on a person’s blood glucose and insulin, causing them to react as if they’ve ended a fast.

“These findings might help guide recommendations on important food sources of fructose in the prevention and management of diabetes,” John Sievenpiper, the study’s lead author and a researcher in the Clinical Nutrition and Risk Factor Modification Center of St. Michael’s Hospital in Canada, said in a statement. “But the level of evidence is low and more high quality studies are needed.”

Researchers from St. Michael’s and the University of Toronto in Canada analyzed 155 studies that examined how foods containing fructose sugars affected blood glucose levels in people with and without diabetes.

The analysis showed that foods with naturally occurring sugar sources like fruit and fruit juice may not have negative health benefits, and can even give a good boost to blood glucose and insulin control.

Researchers say fruit’s low glycemic index of fructose and high fiber can slow down the release of sugars into the body. This is especially good for people with type 2 diabetes, which has become a growing concern in the United States.

According the the Centers for Disease Control and Prevention, more than 100 million people in the United Stateshave diabetes or pre-diabetes. The agency also says nearly half of Americans drink sugar-sweetened beverages a day, contributing more than 140 calories to their diets.

“Until more information is available, public health professionals should be aware that harmful effects of fructose sugars on blood glucose seem to be mediated by energy and food source,” the new study’s authors said.