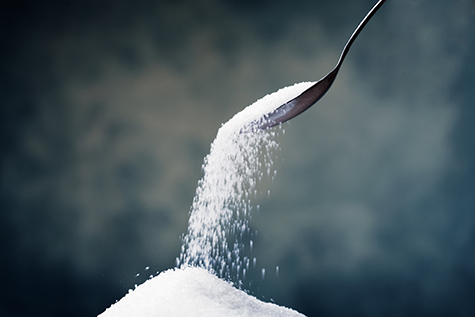 Readers of What’s Hot may recall an article published in 2016 which revealed the inclusion of publications provided by the Sugar Research Foundation (SRF) in the composition of a 1967 review that blamed fat for the coronary heart disease epidemic.

In an article that appeared on November 21, 2017 in PLOS, Christin E. Kearns and colleagues examined SRF-funded Project 259. As part of Project 259, researchers at the University of Birmingham evaluated the relationship between dietary carbohydrates and blood lipids in bacteria-free rats. The study found that there was a significant decrease in serum triglycerides in germ free rats that received a high sugar diet in comparison with normal rats given a basic pelleted diet (containing cereal, soy and whitefish meals, dried yeast, vitamins and minerals), which suggested to the SRF that gut microbiota are involved in the association between high triglyceride levels and increased carbohydrate consumption. In another experiment, rats that consumed a high sugar diet had lower urinary levels of a beta-glucuronidase inhibitor than rats that received a diet that was high in starch. (High urinary beta-glucuronidase levels are associated with bladder cancer). Funding for Project 259 was terminated in 1970 and the Project’s results were not published.

“Our study contributes to a wider body of literature documenting industry manipulation of science,” the authors write. “The sugar industry did not disclose evidence of harm from animal studies that would have (1) strengthened the case that the CHD risk of sucrose is greater than starch and (2) caused sucrose to be scrutinized as a potential carcinogen.  The influence of the gut microbiota in the differential effects of sucrose and starch on blood lipids, as well as the influence of carbohydrate quality on beta-glucuronidase and cancer activity, deserve further scrutiny.”