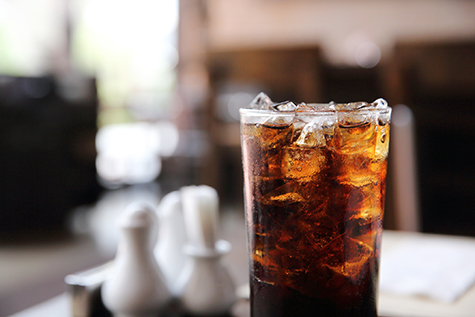 A study published on September 3, 2019 in JAMA Internal Medicine found that regular consumption of soft drinks was associated with a greater risk of mortality during a 16.4 average period compared to infrequent intake.

The study included data from 451,743 men and women enrolled in the European Prospective Investigation into Cancer and Nutrition (EPIC) cohort, which includes subjects recruited between 1992 and 2000. Dietary assessments completed upon enrollment provided information concerning the number and type of soft drinks consumed per month, week or day. Cancer registries and other sources provided information concerning deaths that occurred through 2013.

During follow-up, 41,693 deaths were reported. In comparison with low soft drink intake, defined as less than one glass per month, subjects who were categorized as high consumers, who had an intake of two or more glasses per day, had a risk of dying from any cause during follow-up that was 17% higher. High intake of sugar sweetened soft drinks was associated with an 8% greater risk of mortality and high intake of artificially sweetened beverages was associated with a 26% greater risk. The risk of dying from cardiovascular disease was 27% greater among subjects with high soft drink intake, and 52% greater among high consumers of artificially sweetened drinks compared to a low intake. For deaths from digestive diseases, drinking at least a glass per day of a sugar sweetened drink was associated with a 59% greater risk compared to less than a glass per month.

“To our knowledge, this study is the largest to date to investigate the association between soft drink consumption and mortality,” Amy Mullee, PhD, and colleagues announce. “The results of this study are supportive of ongoing public health campaigns aimed at reducing the consumption of soft drinks.”