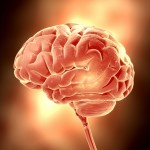 A review and meta-analyses reported online on July 22, 2014 in the Journal of Clinical Endocrinology & Metabolism affirmed an association between deficient levels of vitamin D and a greater risk of schizophrenia, a devastating and disabling brain disorder.

“This is the first comprehensive meta-analysis to study the relationship between the two conditions,” announced coauthor Ahmad Esmaillzadeh, PhD, of the Isfahan University of Medical Sciences in Iran. “When we examined the findings of several observational studies on vitamin D and schizophrenia, we found people with schizophrenia have lower vitamin D levels than healthy people. Vitamin D deficiency is quite common among people with schizophrenia.”

Dr. Esmaillzadeh and his colleagues selected 19 studies involving schizophrenic patients that reported average vitamin D levels, vitamin D deficiency prevalence or odds ratios. Meta-analysis of thirteen studies that reported average vitamin D found levels that ranged from 0.13 nanograms per milliliter (ng/mL) to 19.35 ng/mL lower in schizophrenics versus non-schizophrenic control subjects. In the eight studies that examined vitamin D deficiency, defined variously as levels lower than 30 ng/mL, 20 ng/mL or 10 ng/mL, the overall deficiency prevalence among schizophrenics was 65.3%. And for the meta-analysis of eight studies that determined odds ratios, it was found that deficient individuals had more than twice the risk of schizophrenia in comparison with subjects whose vitamin D levels were sufficient.

“There is a growing trend in the nutrition science field to consider vitamin D and its relationship to conditions such as diabetes, cancer, heart disease and depression,” Dr. Esmaillzadeh stated. “Our findings support the theory that vitamin D may have a significant impact on psychiatric health. More research is needed to determine how the growing problem of vitamin D deficiency may be affecting our overall health.”