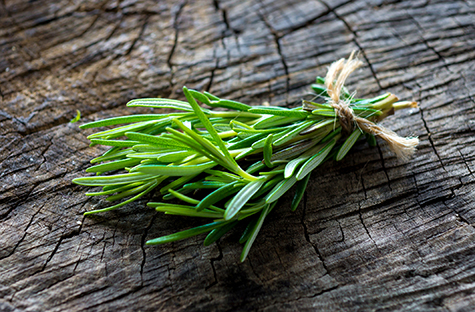 You’ve likely noticed the herb rosemary being used in creative culinary ways from infused
cocktails to ice cream flavors recently but did you know that it also has some healing properties in addition to being fragrant and delicious?  A perennial shrub native to the Mediterranean, rosemary is related to mint and is used as a spice in leaf or oil form. You may even have it growing in your yard this summer as it is easy to cultivate, hearty, and sometimes even used in decoration or as a yard hedge. In manufacturing, rosemary is used for its fragrant scent in soap, perfume, and candles. Rosemary is common and versatile in the kitchen or garden but it has also been used since ancient times to heal the body. 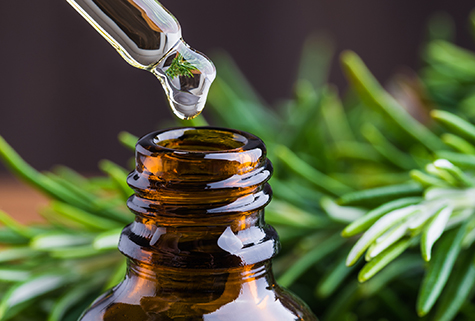 Medicinally, rosemary has been used for: 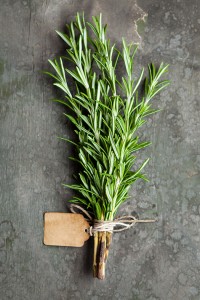 It is also used as a fragrance with calming affects. Studies have been done on both graduate students taking a test as well as adults in a timed crossword puzzle competition and how rosemary may help them. Perceived stress and subjective reports of anxiety and tension were reduced in both groups smelling the rosemary fragrance when compared to a placebo group. Some studies use it in conjunction with other calming herbal fragrances such as lavender but there is certainly research to support the calming benefits of rosemary.

Culinarily, rosemary is commonly used to season meat and eggs, in sauces and soups. It is a source of vitamin A as well as potassium, calcium and antioxidants like polyphenols, gallic acid and rosmarinic acid. Get creative by adding it to ice cubes or infusing into a syrup to use in beverages. Simply use it to make cold water more flavorful. Use it as an unexpected flavor for desserts like ice cream, sorbet or popsicles. Puree it into olive oil to use as a salad dressing, light sauce for steamed vegetables or for dipping bread.

For a treat, you might want to try Grace O’s Rosemary Dessert Bars. 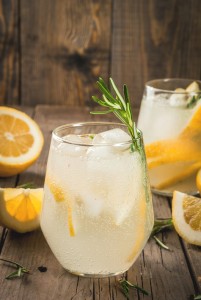 Like most culinary herbs, there are some safety considerations for rosemary though using it in your kitchen as a common spice is as a very safe and delicious way to use the leaves. Powdered leaves used medicinally in concentrated form or essential oils taken orally can cause problems and should be discussed with a medical provider. Using rosemary medicinally during pregnancy is unsafe as it may have uterine stimulating effects and increase metabolism of estrogens. There is some evidence that if the essential oil of rosemary is ingested, it could cause significant adverse effects. Medication interactions aren’t a concern when using rosemary in the diet but there are a few considerations if taking for medical purposes in concentrated form. There are moderate interactions between rosemary oils or extracts with blood thinning drugs or supplements including aspirin. Always talk to your doctor or pharmacist if you are considering adding a medicinal herb like rosemary oil or extracts in conjunction with other herbs or medications.

Resources
It’s not too late this summer to grow some rosemary in your garden or windowsill. How will you utilize it in recipes this August?