Protect Yourself from Hormone Altering Chemicals 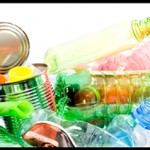 Endocrine disruptors are chemicals that may interfere with the body’s endocrine system and produce adverse developmental, reproductive, neurological, and immune effects in both humans and wildlife. A wide range of substances, both natural and man-made, are thought to cause endocrine disruption, including pharmaceuticals, dioxin and dioxin-like compounds, polychlorinated biphenyls, DDT and other pesticides, and plasticizers such as bisphenol A.

Endocrine disruptors may be found in many everyday products– including plastic bottles, metal food cans, detergents, flame retardants, food, toys, cosmetics, and pesticides. The National Institute for Environmental Health Sciences (NIEHS) supports studies to determine whether exposure to endocrine disruptors may result in human health effects including lowered fertility and an increased incidence of endometriosis and some cancers. Research shows that endocrine disruptors may pose the greatest risk during prenatal and early postnatal development when organ and neural systems are forming.

There is no end to the tricks that endocrine disruptors can play on our bodies. The Environmental Working Group has released their list of 12 Hormone Altering Chemicals—And How To Avoid Them. Some of the list includes the following:

How to avoid it? Go fresh instead of canned – many food cans are lined with BPA – or research which companies don’t use BPA or similar chemicals in their products.

How to avoid it? You can reduce perchlorate in your drinking water by installing a reverse osmosis filter.

How to avoid it? For people who still want to eat (sustainable) seafood with lots of healthy fats but without a side of toxic mercury, wild salmon and farmed trout are good choices.

For a complete list of the Dirty Dozen chemicals you should avoid, visit the EWG website.  For more information on Extramural Endocrine Disruptors, check out the list of research compiled by The Environmental Protection Agency HERE.