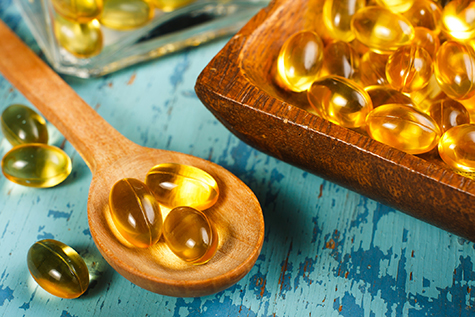 An article appearing on March 23, 2017 in Research in Microbiology suggests a role for omega 3 fatty acids in protecting against Listeria monocytogenes, a food-borne bacterium that is the cause of a potentially life-threatening disease known as listeriosis.

“Our study has shown that common, naturally occurring fatty acids can switch off the specific genes that make the listeria bacterium dangerous,” reported  corresponding author Birgitte Kallipolitis of the University of Southern Denmark. “We tested omega-3 fatty acids, and it took them about half an hour to neutralize the listeria bacteria.”

PrfA protein is a regulator of virulence factors needed for bacterial entry, intracellular replication and cell-to-cell bacterial spread. The activation of virulence genes by PrfA occurs primarily in blood and during intracellular infection. “Our theory is that the fatty acids do something to the PrfA protein so that it cannot switch on the virulence genes, and we´re very interested in finding out what exactly is occurring,” Dr Kallipolitis explained.

“It´s interesting that naturally occurring, completely harmless and actually healthy fatty acids can be used to suppress dangerous bacteria such as listeria,” she added. “The long-term perspective is that it may prove possible to develop new treatment methods – not only against listeria, but also against other dangerous bacteria that are currently resistant to antibiotics.”

Although it appears counterintuitive not to destroy bacteria such as listeria, according to Dr Kallipolitis, it makes sense. “When the growth of the bacterium is not threatened, it does not begin to develop new survival strategies that may make it resistant to attack,” she observed. “Bacteria can develop resistance to attacks, and we have many examples of how this merely creates new and even bigger problems for combating them. It might be a better strategy to let them live and instead aim to neutralize their capacity to cause disease.”