Could Omega-3 Supplements Help With Depression? 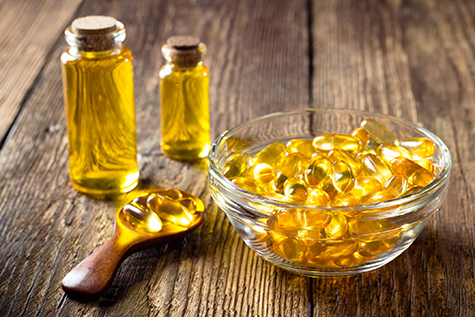 An article appearing on August 8, 2018 in the Journal of the American College of Cardiology: Heart Failure reported the outcome of a pilot study that found an association between supplementation with the omega-3 fatty acids EPA and DHA and reduced cognitive depression in heart failure patients. Cognitive depression is characterized by subjective symptoms such as pessimism and sadness, while somatic depression includes physical manifestations that include fatigue and sleep disturbances.

The study included 108 patients with a major depressive disorder, chronic heart failure and low blood levels of omega-3 fatty acids. Participants received fish oil containing EPA and DHA, a high EPA supplement or a placebo daily for 12 weeks. Blood samples collected before and after treatment were evaluated for red blood cell EPA and DHA, the Omega-3 Index and other factors.

Omega-3 values increased in both the EPA/DHA and EPA only groups, while the placebo group showed little change. Higher omega-3 Index values were associated with lower cognitive depression scores. Social functioning as evaluated by a general health survey significantly improved with EPA/DHA supplementation and showed a tendency toward improvement in the high EPA group.

“This was a study in already depressed individuals, which meant the researchers are looking to high-dose (although it could have been higher) omega-3 supplements to improve depressive symptoms, like a drug,” noted coauthor William S. Harris, PhD. “Generally, we think of the function of omega-3s as preventative rather than as treatment. If used as treatment, the dose must be fairly high (4 grams is a typical ‘drug’ dose) and blood levels must be measured.”

“In their larger follow-up study, I would recommend they choose just one of the supplements (probably the pure EPA product) and increase the dose and duration of the study,” he added.