Nanobots Could Be Used For Attacks On Cancer 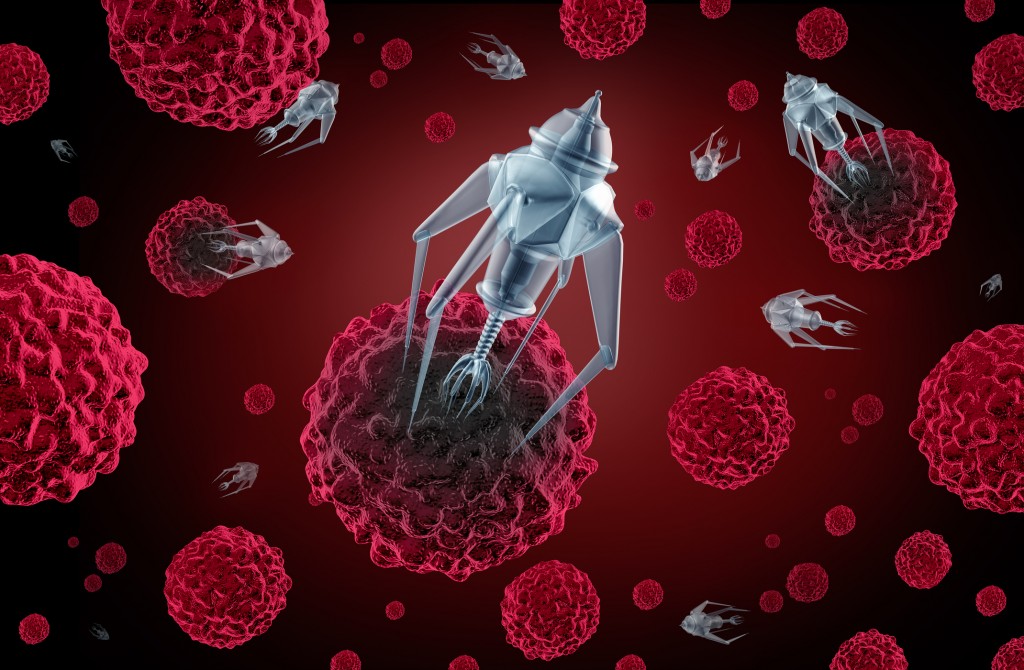 While chemotherapy can be effective against some cancers, the highly toxic drugs cause damage to healthy tissue and can be the source of significant, occasionally life-threatening side effects in patients — but researchers in Canadamay have a solution to both problems.

Nanorobots containing anti-cancer drugs are capable of taking a direct route through the bloodstream to attack tumors at their most vulnerable points, researchers at Polytechnique Montreal, the University of Montreal and McGill University report in a study published in the journal Nature Nanotechnology.

“This innovative use of nanotransporters will have an impact not only on creating more advanced engineering concepts and original intervention methods, but it also throws the door wide open to the synthesis of new vehicles for therapeutic, imaging and diagnostic agents,” Dr. Sylvain Martel, director of the Polytechnique Montreal Nanorobotics Laboratory, said in a press release.

The researchers loaded Magnetococcus marinus bacteria with cancer drugs, using a chain of magnetic nanoparticles to move them toward magnetic field close to the location of tumors in mice. A sensor measuring oxygen concentration indicates the most active parts of a tumor.

The goal, researchers said, was to deliver drugs to hypoxic zones of a tumor — areas with low levels of oxygen because of its consumption by rapidly proliferating cancer cells. These parts of tumors are known to resist most cancer therapies, including radiotherapy.

In the mice, the researchers were able to see the successful guiding of nanobots to a tumor, where drugs were delivered to right place, suggesting a better method of future cancer treatment.

“Chemotherapy, which is so toxic for the entire human body, could make use of these natural nanorobots to move drugs directly to the targeted area, eliminating the harmful side effects while also boosting its therapeutic effectiveness,” Martel said.