More Men and Boys Are Obese 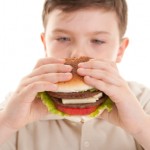 Men’s and boys’ obesity rates are catching up with that of women, a national health snapshot released Tuesday says.

In the past decade, the prevalence of obese men in the United States increased 8 percent, and the number of obese boys jumped almost 5 percent, according to the National Health and Examination Survey. Female obesity rates increased less than 2 percent during that time.

More than 78 million adults, and about 12.5 million children and adolescents are obese, the latest numbers from 2009-2010 show. For adults, that’s 35 percent of the population, and includes about 41 million women and more than 37 million men ages 20 and older.

“It is discouraging,” said Denise Edwards, an assistant professor of internal medicine and pediatrics at the University of South Florida and director of the USF Healthy Weight Clinic.

“I felt there had been a lot more attention paid to obesity. But there really aren’t enough things in place to really make a difference.”

For years, experts attributed a lack of physical activity and a thirst for quick, convenient processed meals as key to the nation’s growing waistline. As a result, adult obesity rates overall have hovered near 35 percent for more than a decade.

Men’s food choices, portion sizes and a propensity to enjoy a few more calorie-laden beers than women also could be responsible for the gender’s spike in weight, said Lisa Saff Koche, director of Spectra Wellness Solutions in Tampa.

Also, men aren’t as preoccupied with weight and appearance as women, she said.

“The belly is not as big an issue,” said Koche, who also is director of the cardiac rehabilitation program at Tampa General Hospital.

Adolescent boy obesity rates likely have to do with a drop in physical activity, Edwards said. Traditionally, boys have been more likely to play sports than girls, and thus less likely to battle obesity.

“These days, boys are not being as active,” Edwards said. “For every (obese person), you have to look at their activity level. We cannot look at it as only being about calories or weight.”

Overall, 17 percent of American children ages 2 to 19 are considered obese, far above the U.S. Department of Health and Human Services’ Healthy People 2010 goal of 5 percent by 2010. However, the survey shows that dire predictions of a 30 percent obesity rate by 2030 aren’t likely.

“The rapid increases in obesity prevalence seen in the 1980s and 1990s have not continued in this decade and may be leveling off,” researchers said in a related report published online Tuesday in the Journal of the American Medical Association.

The survey, conducted by the National Center for Health Statistics, uses personal interviews, and physical exam results from a representative sample of the U.S. population to measure body mass index rates and obesity.

The survey roughly translates obesity to that of a 5-foot-4 adult (male or female) weighing 174 pounds or more, or someone 5-foot-9 and weighing 203 pounds of greater.

Effective weight loss, and the way to decrease obesity, includes a focus on exercise activity, sleep patterns and stress, Edwards said. Reversing obesity rates will require a nation willing to address those issues, along with appropriate food choices.

“You get the idea that a lot of this can be handled medically,” she said, “…but there’s no drug you can give for obesity.”