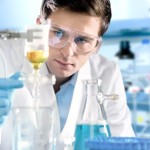 An article published online on September 6, 2013 in the Journal of Pineal Research describes the findings of researchers at the University of Granada in Spain of a benefit for melatonin, a hormone involved in sleep and circadian rhythms, in a rat model of metabolic syndrome and obesity.

Acting on the results of other research which uncovered an antiobesity effect for melatonin in Zücker diabetic fatty (ZDF) rats, Ahmad Argil of the University of Granada’s School of Medicine and his associates gave ZDF rats and their lean littermates drinking water supplemented with or without melatonin for six weeks, beginning at five weeks of age. They found that melatonin induced browning of white adipose tissue in both strains that received it. (Unlike white fat, “beige fat” burns calories rather than storing them.) Animals that received melatonin exhibited increased inguinal temperature and greater sensitivity to the thermogenic effect of cold exposure, which stimulates the burning of calories to maintain body temperature. Treated rats also demonstrated an increase in uncoupling protein 1, which is expressed by beige fat mitochondria.

Dr Agil hopes that his team will continue investigating melatonin “to be able to achieve their final objective: to confirm these findings in humans, by administering melatonin to help combat obesity and diabetes”.

“These results demonstrate that chronic oral melatonin drives white adipose tissue into a brown-fat-like function in ZDF rats,” Dr Agil and his coauthors conclude. “This may contribute to melatonin′s control of body weight and its metabolic benefits.”