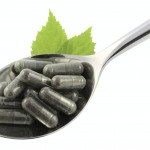 Manganese is an essential mineral needed in trace amounts by the human body.

It’s involved in the production of energy, bone development, and the synthesis of collagen and protein.

The mineral forms part of the antioxidant superoxide dismutase (SOD), an enzyme produced in the body that protects against oxidative stress and is necessary for life.

Manganese Deficiencies May Cause Osteoporosis

In addition to its vital role in the body’s antioxidant defense, manganese helps protect bones and joints.

In the January 2012 issue of Frontiers of Bioscience, it was suggested that manganese deficiency, rather than calcium deficiency, could be the primary cause of osteoporosis.

The authors of the study also suggested that osteoporosis due to a lack of manganese could precede such disorders as Parkinson’s and Alzheimer’s disease.

Another study reported that manganese improved learning and memory in mice.

Manganese may help prevent or reduce the severity of osteoarthritis, due to its role in the synthesis of glucosamine and chondroitin.

For this and other reasons, manganese has been added to a number of arthritis formulas.

In his book, Zinc and Other Micronutients, Carl C. Pfeiffer, MD, PhD, observed that elevated copper levels associated with schizophrenia or other diseases can be lowered with increased intake of manganese and zinc.

He noted that manganese is needed for fat metabolism, and the utilization of thiamin, biotin, choline, and vitamin C.

Dr Pfeiffer additionally noted that manganese insufficiency can increase blood glucose levels, and that the mineral may be deficient among diabetic individuals.

Take the Right Amount of Manganese

Like all minerals, manganese has a potential for toxicity due to its ability to accumulate in the body.
Toxicity is likelier to be observed following inhalation in industrial settings.

Around 4 mg daily is suggested. This small amount can easily be obtained by consuming a healthy diet and supplementing whenever necessary.

Also worth noting is that the upper tolerable limit for manganese intake has been set at 11 milligrams per day.