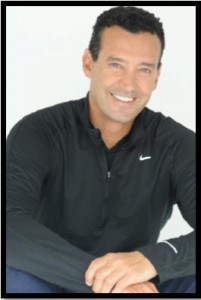 Dr. John M. Kennedy is a recognized expert in the field of invasive cardiology and a much sought after authority on complimentary medical approaches. He has successfully helped thousands of patients with his pioneering to preventive cardiology since beginning his practice 20 years ago. Board-certified in internal medicine, cardiovascular disease, board member of the American Heart Association and a clinical associate professor of cardiology at Harbor-UCLA Medical Center, Dr. Kennedy is a dedicated healer who approaches the business of ‘health’ with compassion, intention, and commitment. He believes that the seeds needed to reverse and ultimately prevent heart disease reside in all of us, but must be cultivated and nurtured with mindful, edicated time and attention. Dr. Kennedy’s approach to heart health is consultative and instructive, not prescriptive. He would much prefer that you change your diet and learn to manage your stress than put in a stent or perform cardiac catheterization. And while he believes you can transcend cardiovascular disease with lifestyle modification, there is no “magic formula (bullet)” that works for everyone. The results are proportional to the work and mindfulness to a person’s efforts. His deeply rooted belief that everyone has an inner potential for greater heart health is the foundation on which he now bases his practice of preventive cardiology and wellness.

Dr. Kennedy is a Director of Preventive Cardiology and Wellness at Marina Del Rey Hospital. His program specializes in rehabilitation, early detection and the treatment of cardiac problems, with an emphasis on prevention. Based on a large body of literature showing how stress adversely impacts heart health, as well as his own cutting edge research on post-stroke patients, Dr. Kennedy created the BREATHE™ technique to stop stress in its tracks. By combining two time-honored forms of relaxation – guided imagery and breath work – Dr. Kennedy has created a new paradigm in stress management, which an ABC News investigative story concluded, “could reduce high blood pressure in as little as two weeks.”

Along with his work in the field of preventive cardiology, Dr. Kennedy is an integral part of the team at LA Bariatrics. Dr. Kennedy encourages patients to adopt and maintain new, healthier lifestyle habits so they not only lose weight but also, more importantly, keep it off.

The media and health industry luminaries frequently turn to Dr. Kennedy as a resource for information on preventive cardiology and wellness. Dr. Kennedy has appeared on the internationally syndicated CBS show The Doctors and has been featured on The Dr. Oz Show, World News with Diane Sawyer, Anderson, Katie and PBS. He has appeared in print media in First for Women, The Advocate, Health Magazine, Real Simple Magazine, The Guardian and online in MSN’s Today Health, Everyday Health. In his quest to bring knowledge to the public, he hosts MD-VOD, a live show that provides simple answers to common medical questions and problems. He also lectures throughout the United States and holds regular seminars on cardiovascular disease, stress management, healthy nutrition and dieting, proper breathing, and more. Recognizing the growing prevalence of heart disease among children, Dr. Kennedy also has made it his personal crusade to educate children about the importance of diet, exercise and stress management in his popular talk entitled, Big Mind, Brave Heart, Bright Future. 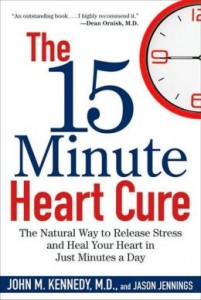 Prior to his appointment as director of preventative cardiology and wellness at Marina Del Rey Hospital, Dr. Kennedy was director of the cardiac catheterization lab at Kaiser Permanente in San Rafael California, where he created the Heart Alert Program—the gold standard nationwide for rapidly and effectively treating heart attack patients. Dr. Kennedy also was the co-director of the cardiac CT angiography program at Kaiser Permanente. His cutting edge research in the fields of cardiac calcification and cardiac imaging has been published in numerous peer-reviewed journals including the Journal of the American College of Cardiology. Year after year, Dr. Kennedy finds his name included in Castle Connolly’s list of the nation’s top cardiologists. Dr. Kennedy received his medical degree from the Dartmouth-Brown Program in Medicine and his B.S. from the University of California-Santa Barbara, from which he graduated summa cum laude. He holds membership in several professional medical organizations, including The American College of Cardiology. His numerous awards and honors include election to the prestigious Sigma Xi Scientific Research Society. Dr. Kennedy currently resides in Los Angeles, California.