Is Your Health Worth 42 Minutes of Your Day? 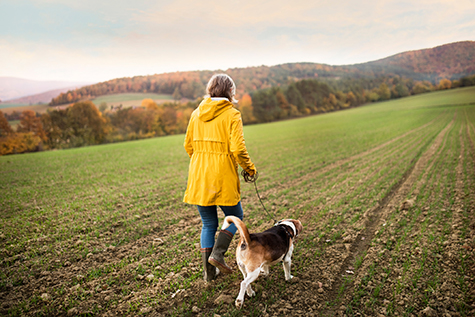 If you’re a postmenopausal gal, you’ve likely put on a few pounds as a result.  If you’re like most women your age, you probably gained it around your belly, hips, and thighs, maybe even your breasts, where women carry most of their fat cells.  You don’t like the way the excess fat makes you look, but to me, the more important issue is the health issues the extra fat can bring.  Let me tell you about those risks and what new research says will help you get rid of it.

Researchers out of Canada’s Alberta Health Services have concluded that 42 minutes is the amount of time you need to be get rid of your postmenopausal weight gain.  In turn, losing that extra weight, especially the fat right around your belly, helps turn off disease-promoting hormones.

Of course, there’s been a lot of controversy over the past few years of how much time you actually need to spend exercising to gain the same benefits.  And, we’ve tried to objectively report those findings here at Healthy Answers and allow you to make your own conclusions.

Some of those research findings say that, if you do higher intensity bursts of interval exercise, 60-75 minutes a week, you can achieve the same effects as exercising longer.  Plus, interval exercise has also been proven to decrease your hemoglobin A1c, a primary marker for type 2 diabetes, which can occur in postmenopausal women who’ve put on a lot of weight.

Other research says that 30 minutes, 5 times a week is the correct amount.  As a cardiologist, I think the magic number of exercise minutes may be different for postmenopausal women.  First, hormone changes have lowered your metabolic rate so that you burn calories at a much slower rate.  It will take you longer to get your heart rate up to the point where you’re burning stored fat rather than just the last calories you ate.

Second, one of the big reasons I hear from my older female patients is that they just don’t have the energy to exercise vigorously.  That can either be a result of your lowered metabolic rate, or you an offshoot of another menopausal symptom, insomnia, or even nutritional.

But, as the Alberta researchers found, the women who exercised 300 minutes per week, or 42 minutes a day, had much greater reductions in body fat than those who exercised less.  These were women with a BMI (body mass index) of 22 to 40, which is moderately to severe obesity. They were asked to raise their heart rate by 65% to 75% doing either faster paced walking, an elliptical trainer, bicycling, or running.

Notably, though, the reduction of body fat the researchers documented in the women were most significant in belly fat.  The women lost both subcutaneous (just under the skin) as well as deeper abdominal fat.  Hip-to-waist ratios also decreased to become more in range.  Currently, women with waistlines over 36″ are at much higher risk for many diseases including:

Why are obese postmenopausal women at higher risk for these diseases? Well, the truth is older, overweight men, are also at risk for the same diseases, with the addition of prostate cancer.  Having extra belly fat is like having your own personal “disease factory” wrapped around your waist.  Fat stores dangerous disease-promoting hormones called cytokines. Obviously, the more stored fat you have, the more abundant your supply of health-damaging cytokines will be.

Cytokines worst trait is that they promote inflammation throughout your body.  In the last decade, researchers have learned that inflammation is the “fire” that precedes the development of disease.  All the above listed diseases are offshoots of inflammation.  They also, typically, start showing up in middle-age, after menopause and andropause, as normal hormone levels (both estrogen and testosterone) help keep abdominal fat gain, and cytokines, at bay.

The Alberta researchers concluded that 42 minutes of moderately intense aerobic exercise not only helps older women get rid of the excess abdominal fat, but decrease their risk for breast cancer.

As lack of motivation, or energy, seems to be many of my patients’ excuses for not exercising more, perhaps it’s yours as well.  If significantly decreasing your risk of major disease is not motivation enough for you, maybe a “motivation buddy” will help.  This can be your spouse, one of your kids, or a friend, who can help get you going, and keep you going, with your exercise efforts.  Make a journal and chart your progress every day.  People who go at their exercise routine as if it’s an accomplishment wind up accomplishing more with it. 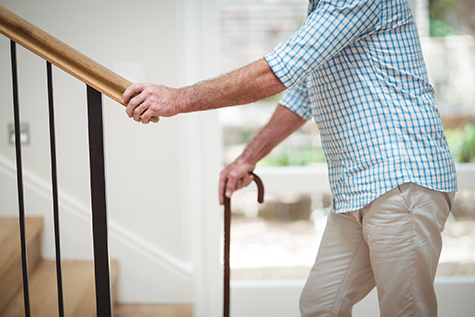 If fatigue is a factor, getting more sleep at night will help you be more successful starting any exercise routine.  No one feels like exercising if they haven’t slept much the night before.  If you’re having a hard time getting to sleep, try 3-4 mg of melatonin about 15 minutes before bedtime.  Also, cut out caffeinated drinks 3, or more, hours before bedtime.  Keep your room dark, cool, and noise free, all things that can contribute to you not sleeping well.

When it comes time to start your exercise routine, that’s the time to add 1-2 cups of coffee to help get you going.  Caffeine boosts your metabolism and studies have shown that it can help you burn fat faster.  It’s also been shown to decrease pain during exercise and is a significant antioxidant that boosts your immune system.

Also, consider adding some rockin’ music to your routine via personal headphones or stereo surround.  Studies have also shown that driving beat music motivates people to move faster, and more steadily, during exercise.

The more you start to exercise, the more you’ll want to do it.  The “feel good” brain hormones that exercise releases brightens your mood and makes you want to do more.  Start thinking of exercise as fun, instead of one more chore you have to do every day, and those 42 minutes will fly by.  The scientific fact that it’s also good medicine is just icing.